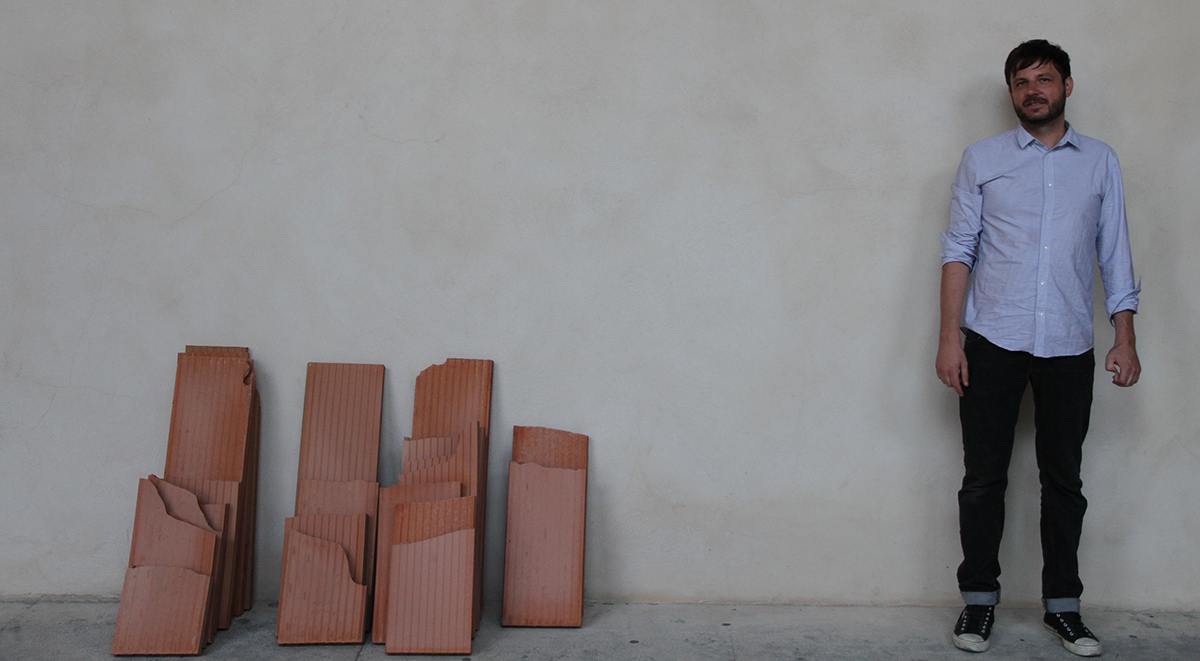 Jose Luis Muñoz runs since 2004 his own architecture studio in the city of Málaga, Spain, where he develops, with equal intensity and enthusiasm, a wide range of edification types and scales, interior design and urbanism. His construction projects spread over multiple locations of Eastern Andalusia.

Jose Luis Muñoz is passionate about music, art, literature and cinema, but only through architecture he can express his vision of the world. Joseluismuñoz’s architecture emerges from the commitment towards the social reality of the moment, the history and the nature of each location. It aims at enhancing new values, proposing the user ways to understand, improve and enjoy his relationship with the physical environment and the historical context he lives in and taking advantage of the resources of the place and of the critical economic situation of his country. The architect sees his work as a dynamic and open process, which integrates multiple experiences and aspects, both internal and external to architectural discipline.

Some of his works, besides being broadly published, have obtained international awards. Among these, stands out the Biodiversity Center (Loja, Granada), finalist at the international Emerging Architecture Awards of Architectural Review in 2011 (London) and Popular Choice Award in Architizer 2014 (New York). The House of Winds (Cádiz) was also awarded at the XIII Spanish Architecture Biennale 2016.

He has obtained several awards and mentioning during his university and professional career.

2001_he wins the first prize for the design of the inner patio of Auren office building in Malaga (along with Tomás García and Javier Moreno del Ojo).

2004_he is mentioned in the contest organized by VÍA ARQUITECTURA magazine, which awards best university final projects in Spain.

2005_he obtains a second prize at the ideas contest for the “Urban renewal of Avenida de la Constitución in Granada”.

2008_he is awarded, along with Antonio Cayuelas Porras, the first prize in the contest for the Project of a 32 social housing units in “El Mantillo” (Loja).

2010_The work “Office building for Loja Municipal Water Company” is selected for the catalog of “Próxima Arquitectura 2010” about young Spanish architects’ notable works.

2011_the Agricultural Biodiversity Centre of Loja is one of the finalists in the international contest of young architects’ works of the prestigious British magazine ARCHITECTURAL REVIEW.

2011_his research work on Urban infrastructures and contemporary art is selected at the seminar on Infrastructure in MedialabPrado, Madrid.

2011_the finalist at the EUROPAN 11 competition with the Project entitled “Slow Urbanism” on urban adaptation of the Sestao old industrial area (Bilbao). The project was exhibited at the Círculo de Bellas Artes, Madrid, in November 2012.

2012_Agricultural Biodiversity Centre of Loja is selected for the FAD 2012 AWARDS of Barcelona.

2013_the Architects Association of Granada awards Emalsa’s New Offices with the prize to the Best young work 2005-2010 at the V ARCHITECTURE AWARDS.

2013_the Architects Association of Granada mentions the Agricultural Biodiversity Centre of Loja as Finalist work of 2010-2014 emerging architects at the V ARCHITECTURE AWARDS.

2014_his theoretical work “I might find La Maga in Granada?” about the city in Julio Cortázar’s novel is selected for being presented in a congress about the South-American writer at the Faculty of Philosophy and Literature of Granada.

2015_”The House of Winds” is finalist in the housing category of the international contest promoted by the digital platform ARCHITIZER.

2015_The Agricultural Biodiversity Centre wins the audience award in the offices category of ARCHITIZER and the work is exhibited in New York.

2016_”The House of Winds” is awarded at the XIII SPANISH ARCHITECTURE AND URBAN PLANNING BIENNALE of 2015, and it ´s therefore included among the Spanish works selected for being exhibited and compete at the 2015 Latin-American Architecture Biennale. This work has been disseminated and included in many print and digital media.