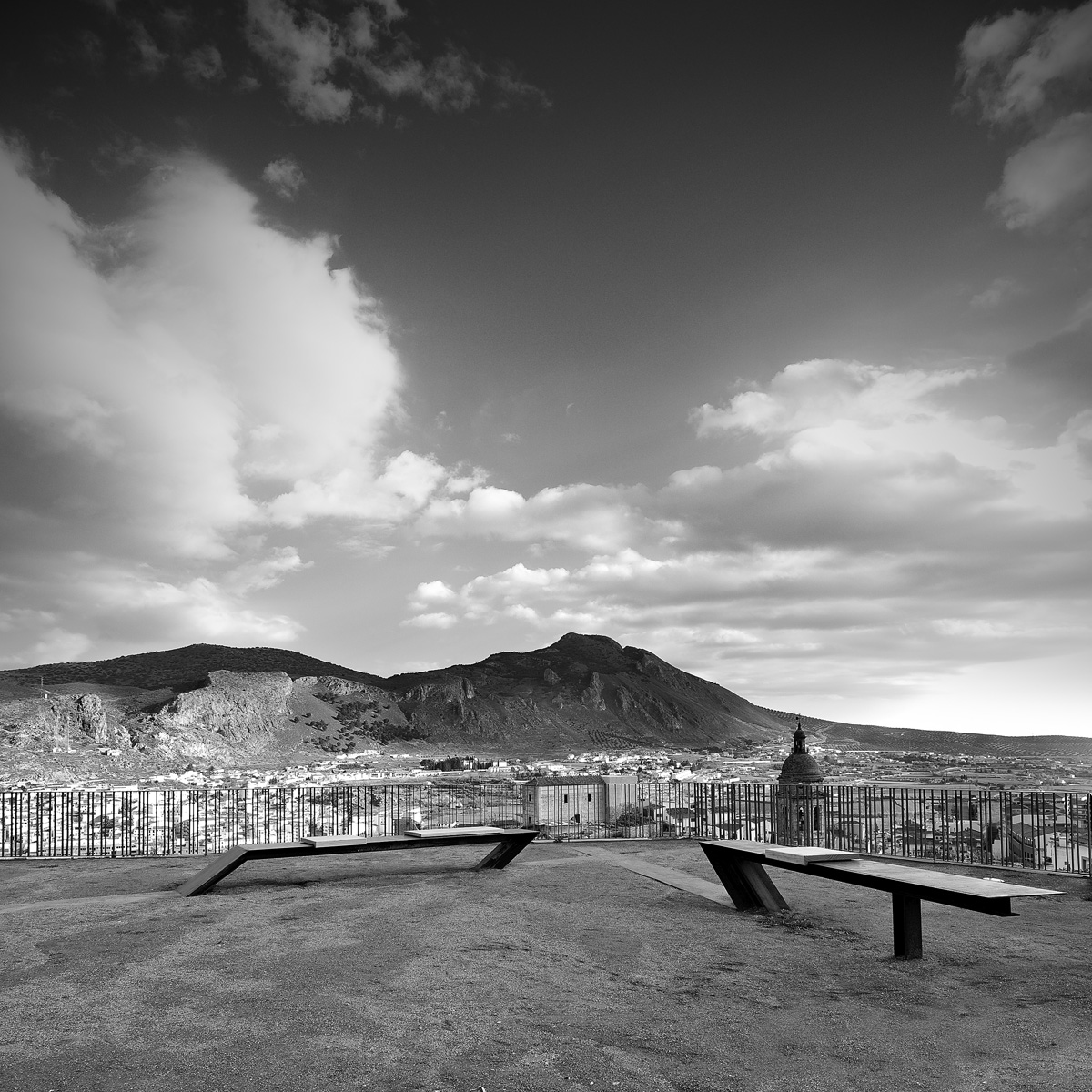 The Route of Balconies

Rufus T. Firefly, Groucho Marx in Duck´s Soup, maintains a hard dispute with the nation of Sylvania in the famous Marx´s Brothers film from 1933. The still black and white photo in which the nation of Sylvania appears, comes from an image from the 30´s of the city of Loja. An image that shows the superb situation of this beautiful Andalusian town, located between the two sides of the valley of river Genil, in the East part of the province of Granada.

Topography defines the particular scenery of the city of Loja. To understand this characteristic, it´s necessary to connect all of the city´s district topographical features that are combined to make up the city´s identity.The need of recovering different abandoned places in the city of Loja, arised the opportunity of creating a network of public areas, designed as balconies to leant out to the city.The project here presented shows a group of areas, or as we said before, balconies, places to leant out, but also to be looked at, places the city, is scenery and its history.

All of these balconies are related among them, all have common features, and with these common components a pattern is created. The project draws these relationships, it reinforces the existing links. Every element that configures the areas is directed to the others. Benches, pergolas or bowers and pavement focus our look to the other balconies.

Going back again to the film Duck´s Soup, each of these balconies are related to a famous historical character in some way connected to Loja. As we mentioned before, the Marx Brothers, Isabel the Catholic, Washington Irving, Ibn Al Jatib, Morayma and others are given life in these places.

The final result is a new way of understanding the city through a new cartography of spaces that constitute a unique landscape.The detailed study of the visual angles that each balcony establishes with the others, generates specific directions towards them. These directions are going to be a key factor in the project of these areas. Each balcony is looking at the others. Thus, from each balcony, we participate in the position of the rest of the spaces that integrate the group.The links that each balcony establishes with the others, derive in angles and directions. This is developed in a pattern of possibilities for the different elements (street furniture, pavement, artificial lighting…) that configure the public area. A study of the specific spatial conditions will establish the criterion of selection.Each one of the balconies is going to have a unique pattern, due to the relationship established among them. Of the twelve projected public areas, three are shown:

Via Crucis. The position in view of a landscape is drawn by three different ways, three ways of observing a platform, a staircase and a balcony. It is a place abandoned by the presence of two platforms lightly built-up, around a massif of limestone. Three elements are introduced to empower the attention to the surrounding landscape. A platform shows us the horizon, a staircase frames the prominent elements and the balcony enhances the historical city.

Val del Omar. The project is built around three preexisting elements, a staircase and two trees. The very uneven piece of land (12 metres) is a complicated context to create a public area to sit in. Two floating platforms, developed between the trees, generate a raised space looking at the horizon. The garden passes under these three elements to reach a retaining wall which concludes the intervention.

Isabel I de Castilla. The answer to a heterogenous situation is made from only one material, steel, that unifies and distinguishes the proposal. Steel carpets, footprints and pergolas communicate with the other balconies from this privileged point. This way, with the minimum elements, as pergolas and shaded places, benches, fences and artificial lighting, a fragmented area is recovered.

This project is established in a partially built-up area, with superb views of Loja. Already built and unused, abandoned platforms are an object in the intervention. Rusty steel gives unity to the proposal of the public area, while the use of a new artificial lighting and a specific street furniture will define different environments for an outdoor auditorium.

Pergolas are light and fragile. The different superimposed structures and their diagonal directions configure an image of delicate elements. The shades, and other different elements, such as pergolas, benches and fences are related and the result is the image of a steel wood. 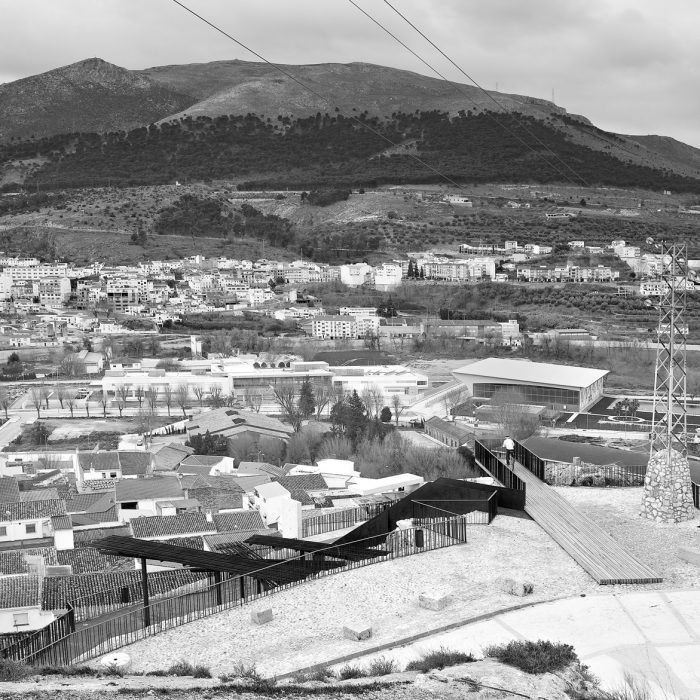 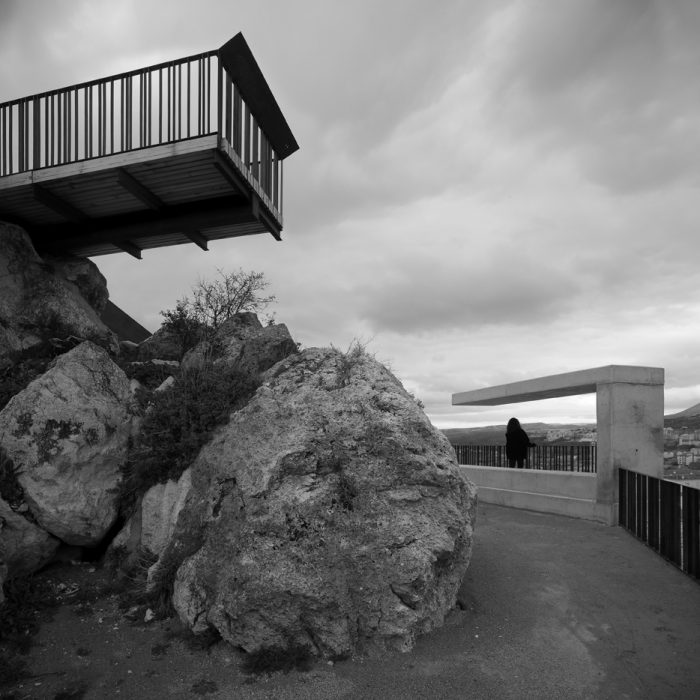 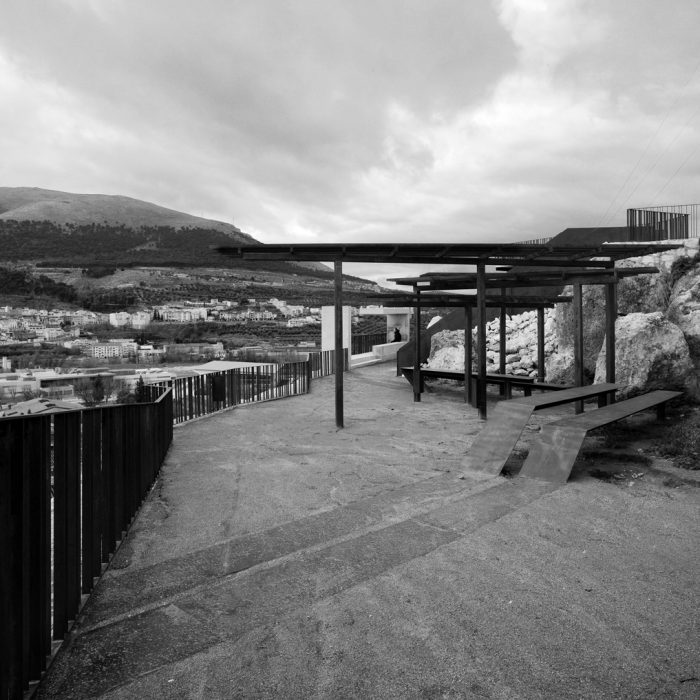 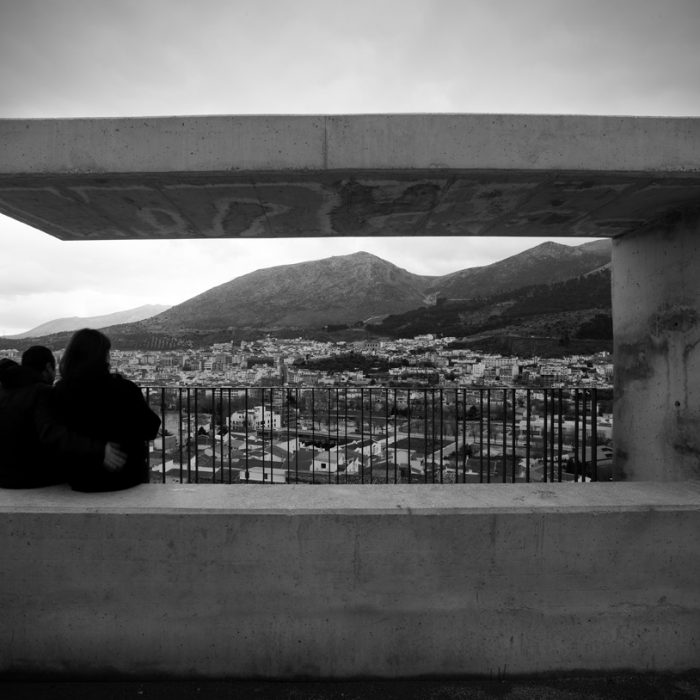 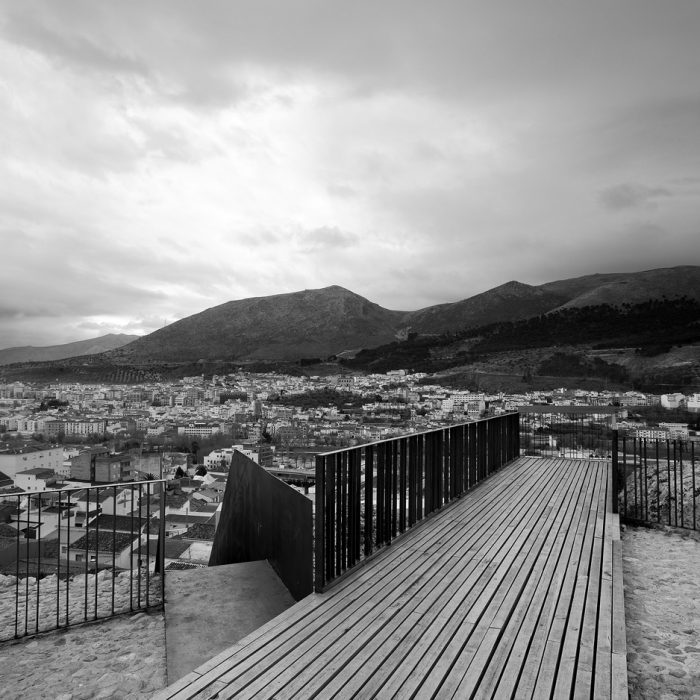 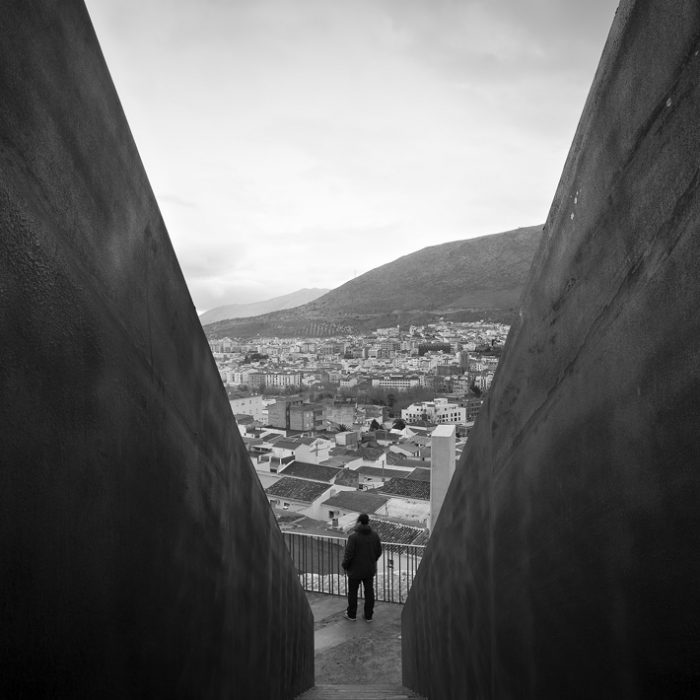 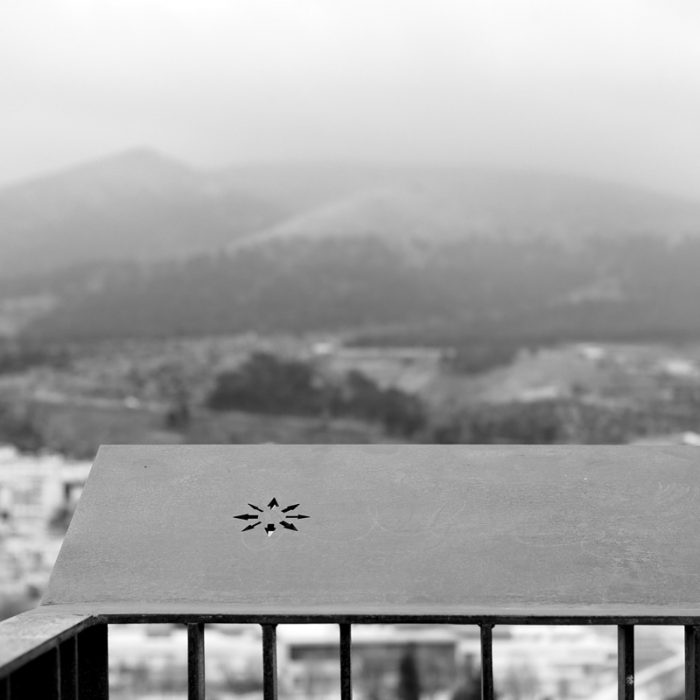 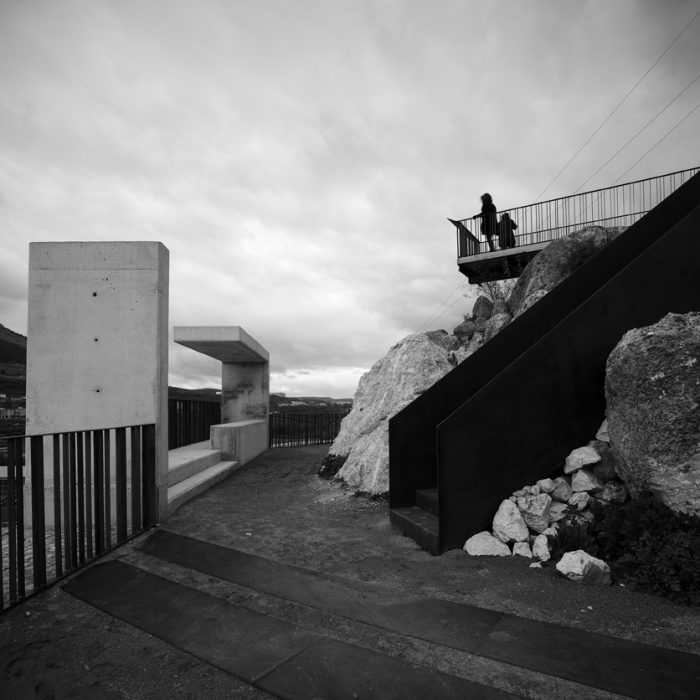 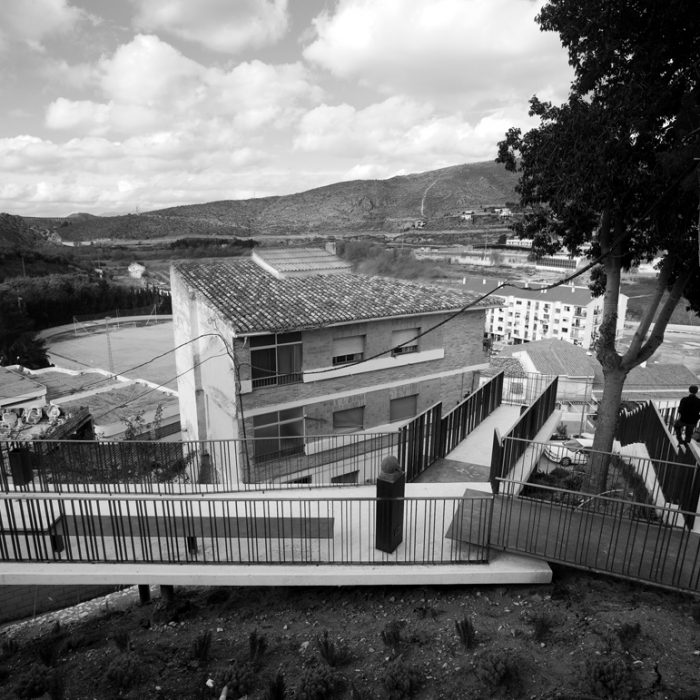 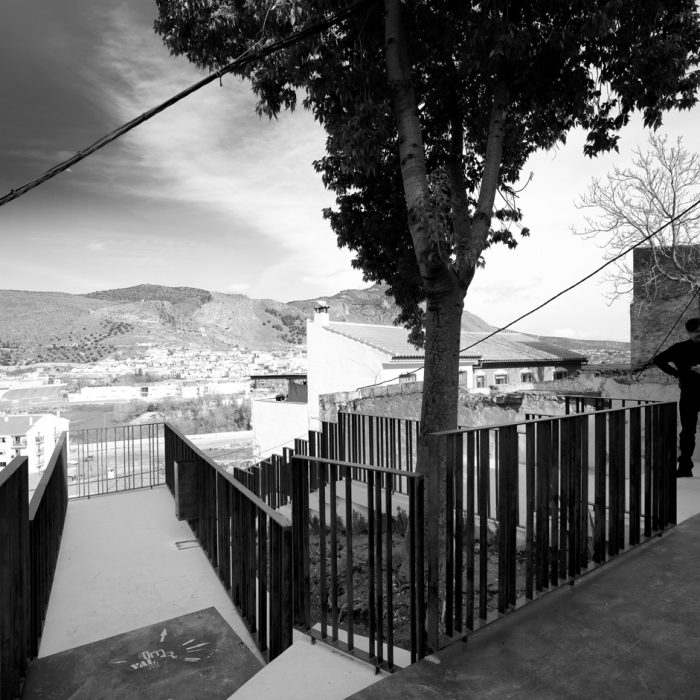 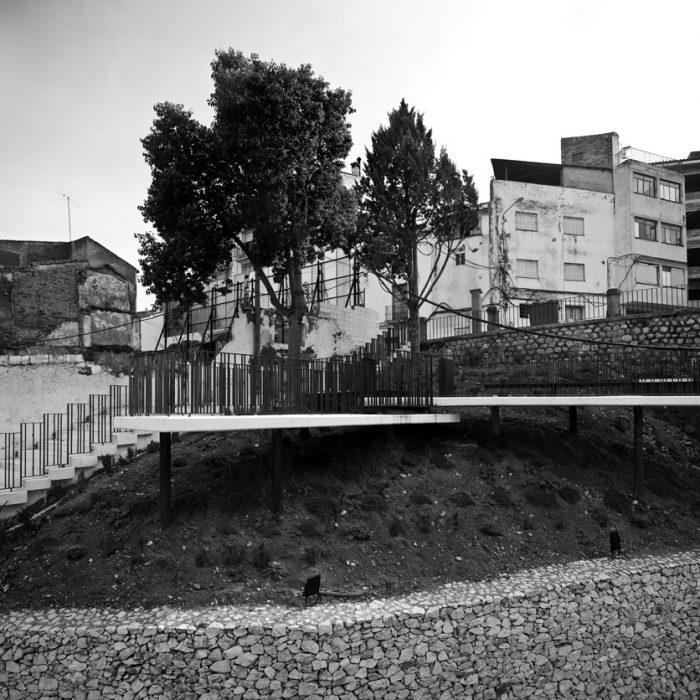 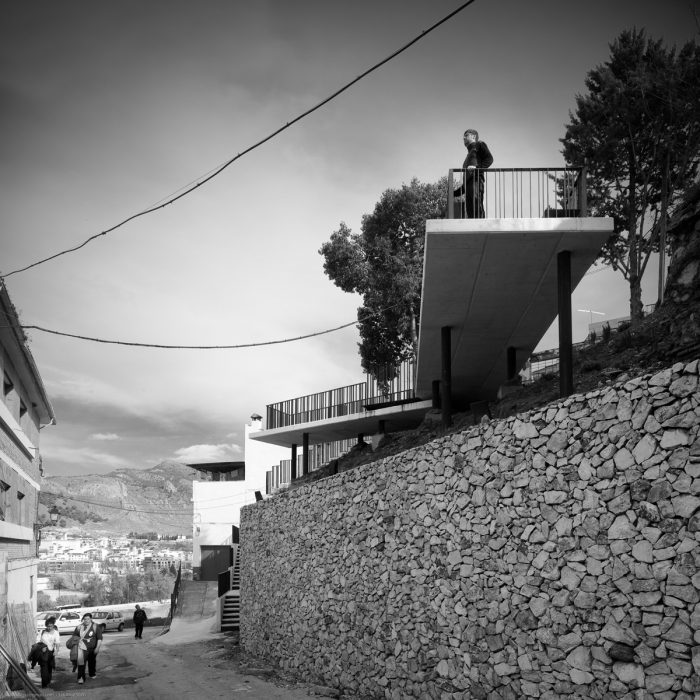 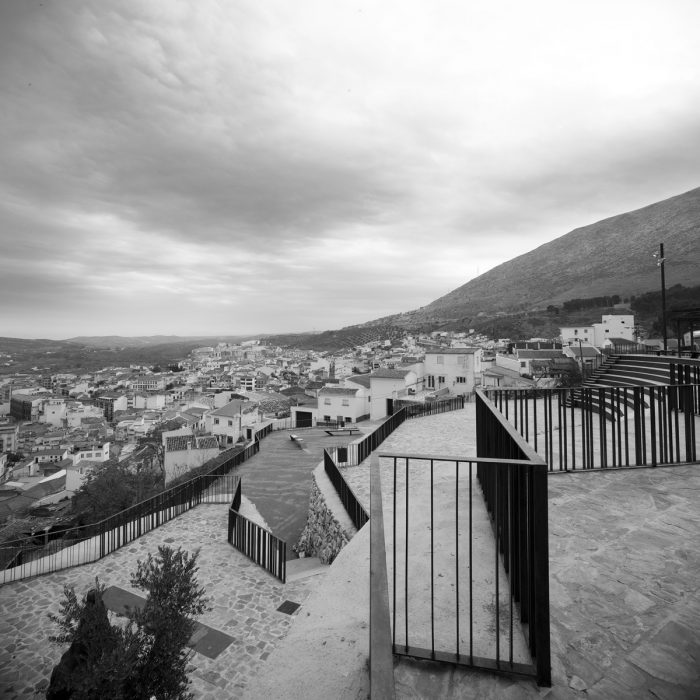 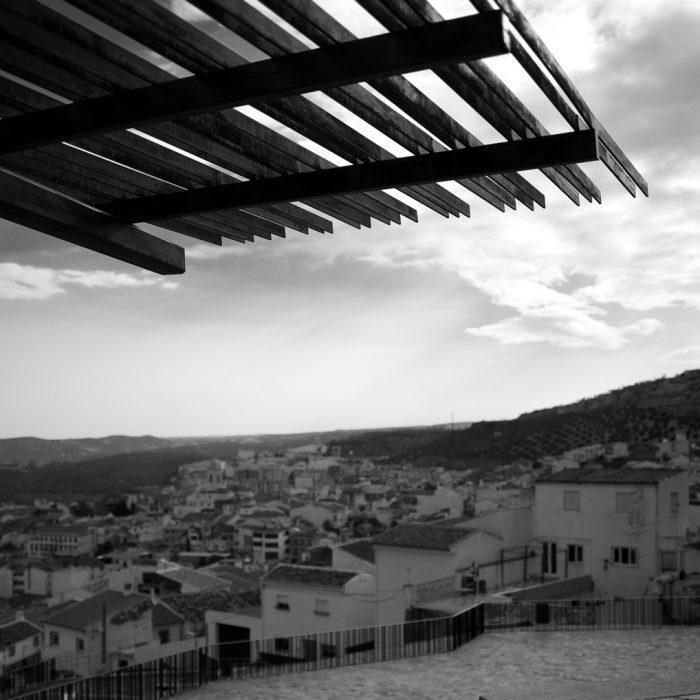 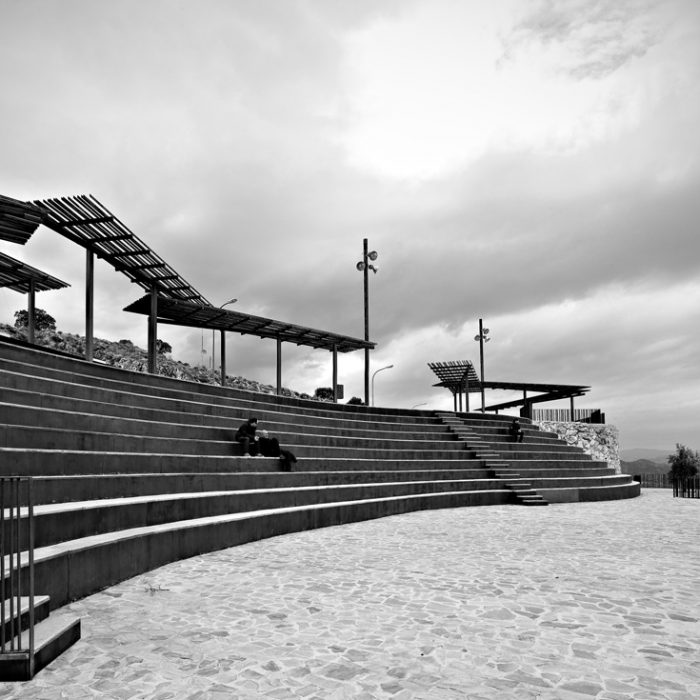 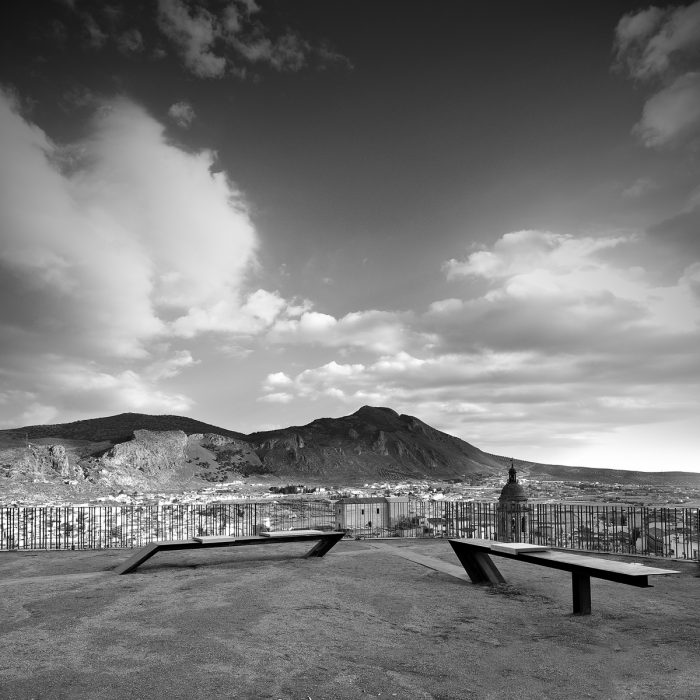 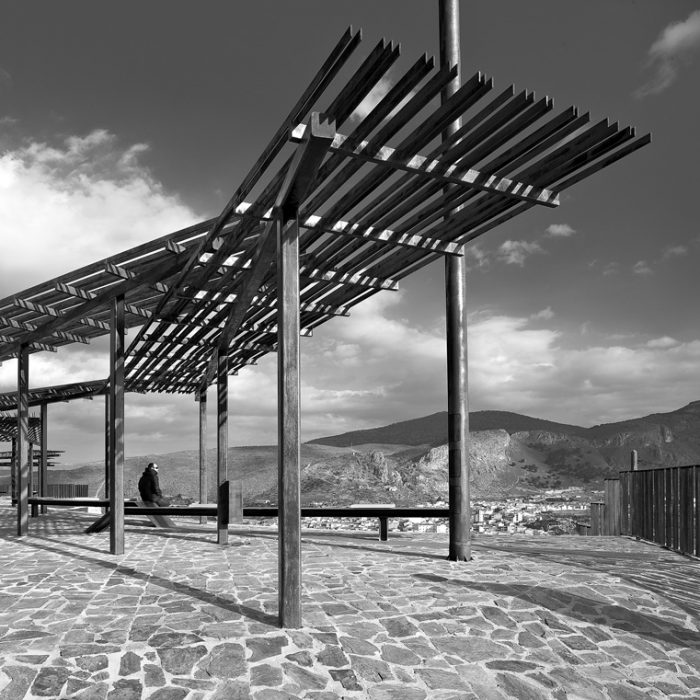 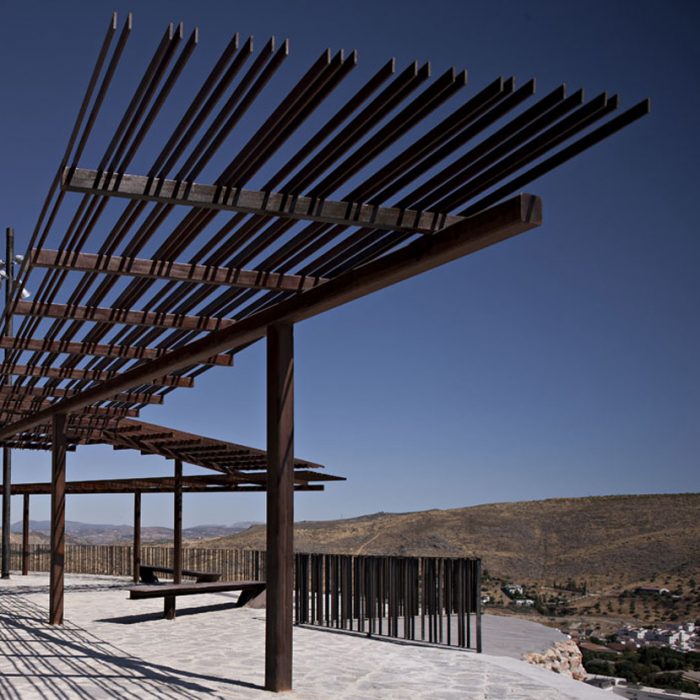 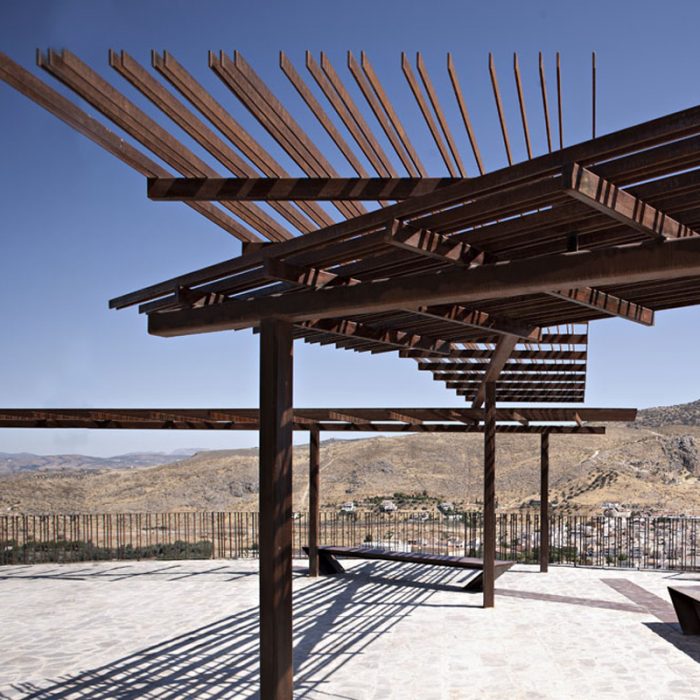 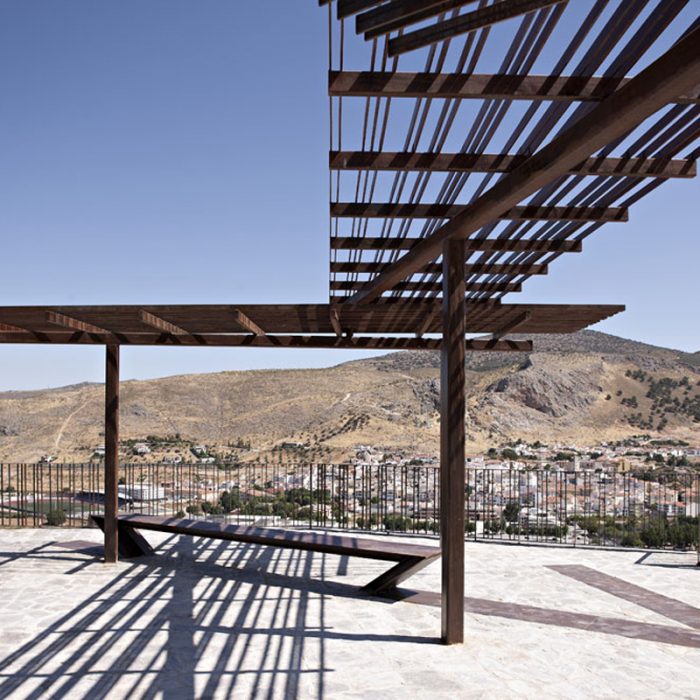 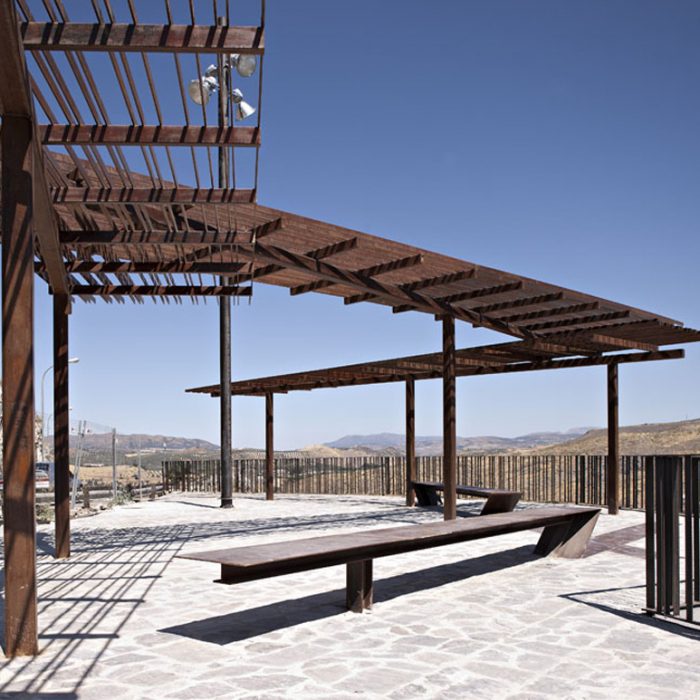