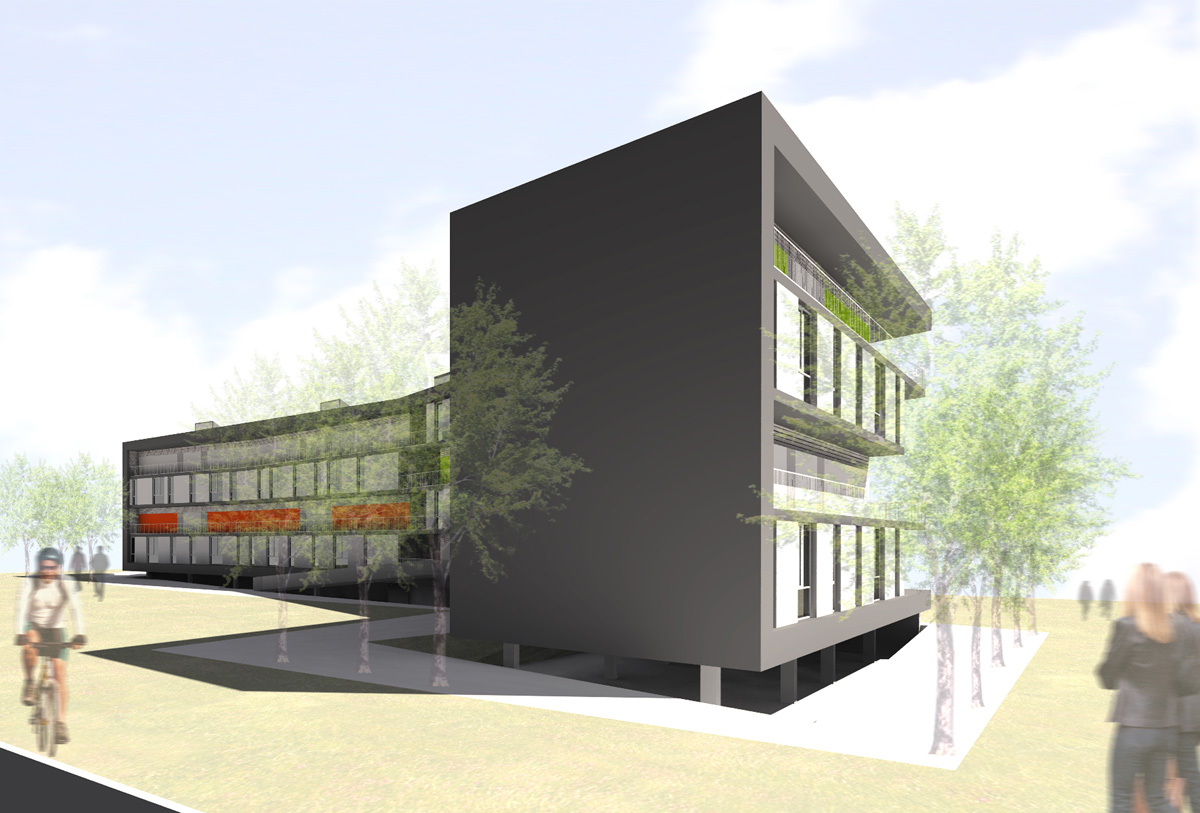 32 social housing units in between the city and the mountain

When it comes to a geographic site forming a valley, the top position in one of its hillsides can be turned into a privileged point, as long as the inclusion in the landscape is right and makes the most of the possibilities of the place.

Our project aims at addressing a particular urban and landscape transition. This is done by using an architectural solution based on constructive economy and generation of experiences to respond to the site’s constraints, the functional requirements and the present reality of the area.

El Mantillo is a transition site between the urban sprawl and the nature of the mountains of Sierra de Loja. Parcel 1 is the crown of the building complex. Its location, higher than the rest of buildings, places it in the perfect position to see and to be seen. This double condition is the key feature to create both a views spot and a landmark in the area.

The building gets achieved by means of a porous screen volume, which breaks to adapt to the plot and the views and which vibrates in the inside to create special nuances arising from its structural compactness. To the North and East, the concave front gathers suggestive visions of the urban landscape of Loja and acts as background to the residential area. To the South and West, it adapts to the existing path by opening it convex front to the landscape of the Sierra de Periquetes de Loja.

The building is a hinge between urban and rural. A sign in the landscape open to two visions of the place. An overview of the landscape of Loja. This landscape duality is the premise for the following housing proposal, focused on making the most of the advantages of the location in the top of Loja’s North hillside.

The Project is developed starting from intended strategies to address the particular location, the functional requirements and the current situation of officially social protected housing in Loja.

The building is a hinge between urban and rural. Its form is determined by three factors:

This way, the building is a clear horizontal screen, but it appears fragmented and porous. This feature provides all the housing units with views to both orientations and both landscapes. This ensure of double possibility of dealing with landscape and climate in every unit built.Common areas are open spaces used as corridors and walkways where circulation takes place as we enjoy the landscape. Depending on the location and dimension, some points can become either balconies or terraces as an extension of the domestic space, or public elevated spaces for neighborhood interaction and meetings.

All the construction and formal decisions of the project respond to the need of achieving an economic architectural solution. Based on the dignity of the user and the consistency with the place and the time, the project aims at creating a different and differentiating product at a minimum cost:

The basic typology presents a clear layout with a large longitudinal living-room as nucleus and only hall of the house. It has double orientation, views and ventilation. This eliminates corridors, so the useful space is almost at 100% allocated to living spaces, which are generous in dimension and spatially consistent.

Such a clear geometric structure offers a certain functional flexibility which allows customization of every house depending on the user’s needs:

–   Any housing unit can be adapted to suit people with reduced mobility at a minimum cost.

The simplicity of the construction of the building arises from the clarity in terms of organisation. Moreover a series of decisions about the constructing system and the functional layout increase its sustainability: 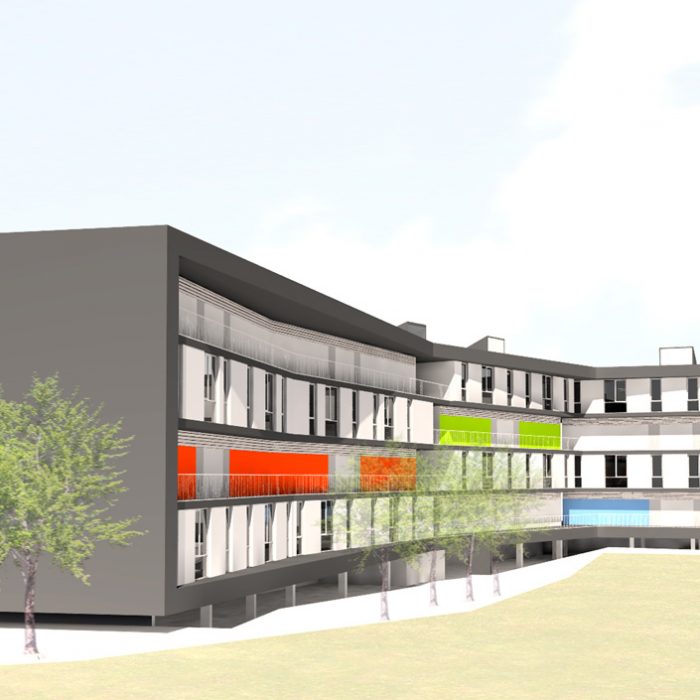 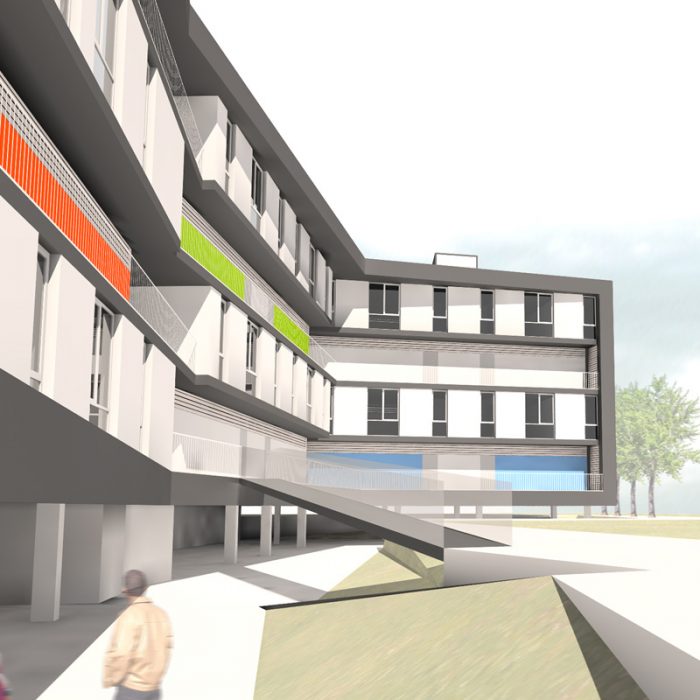 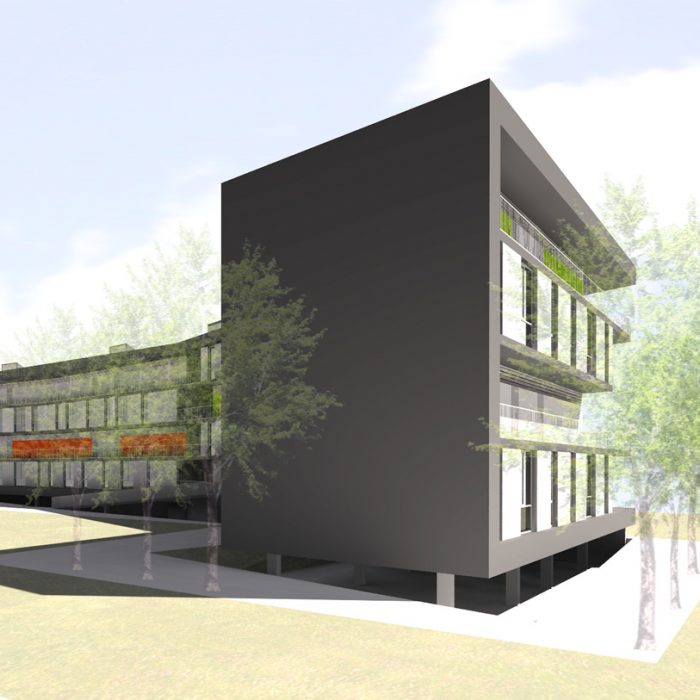 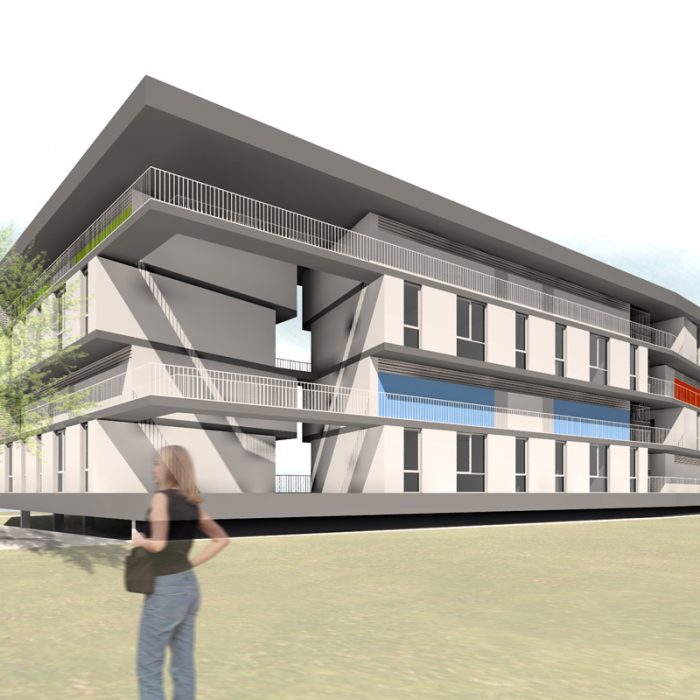 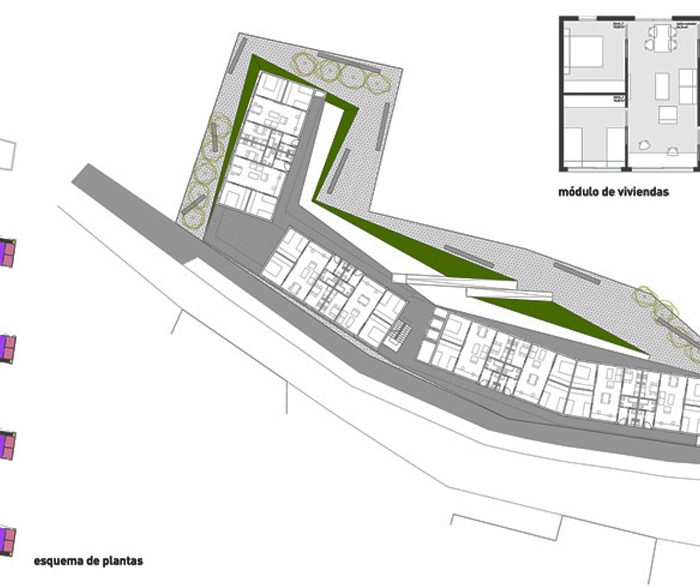 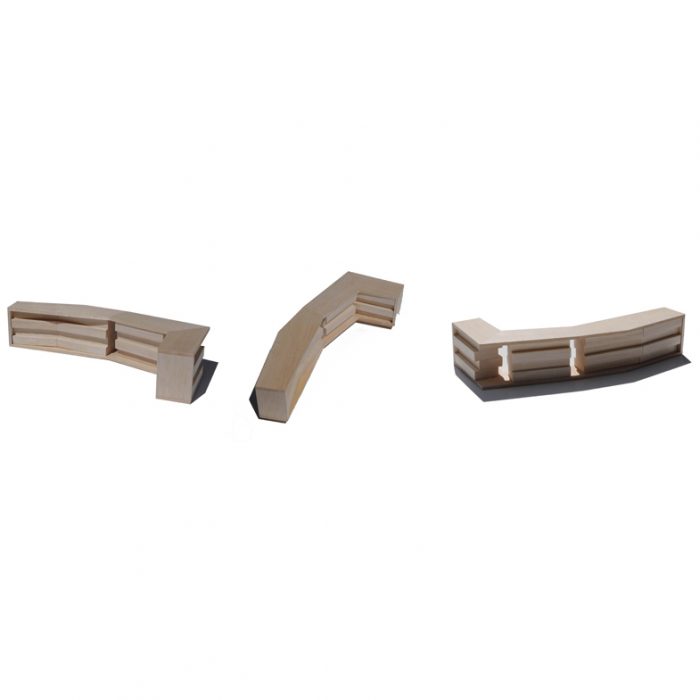