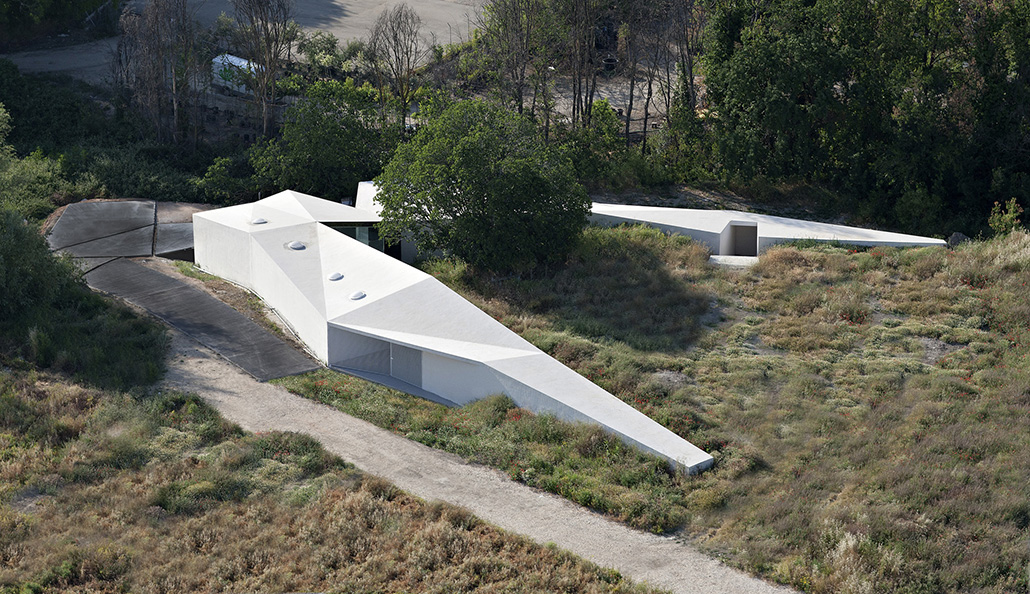 The ruin and the tree

“Architecture and landscape joined together in the shade of a great pre-existing tree”.

The building is located on the outskirts of Loja town in marked agricultural character. This project relates to a beautiful plot of cultivated land served by an irrigation ditch and a leafy mass. This building is thought to be very suitable for a new program based on consciousness, protection and publicity of the agricultural beliefs in Loja.

The Bio Diversity Centre is involved in cultivation. It has an education program for farmers, high schools and investigators. In the main office area there is a zone for the treatment of seeds which are characteristic of the area. The project aims to minimize its presence by becoming as natural to its surroundings as possible by opening out and absorbing an open patio of the ancient house from where you will find the pre-existing tree.

The old ruin generates the traces of the new project, redrawing the past in the shade of the tree. The location of the building also appreciates the presence of the arboreal mass along the river and the main façades. The strong conditions for topology, the encounter of the main slopes (up to 5m) will be solved by the building, performing similar to a hinge between the three different platforms of the terrain. The main access to be cultivated area and buildings is compromised  due to having only one access point. 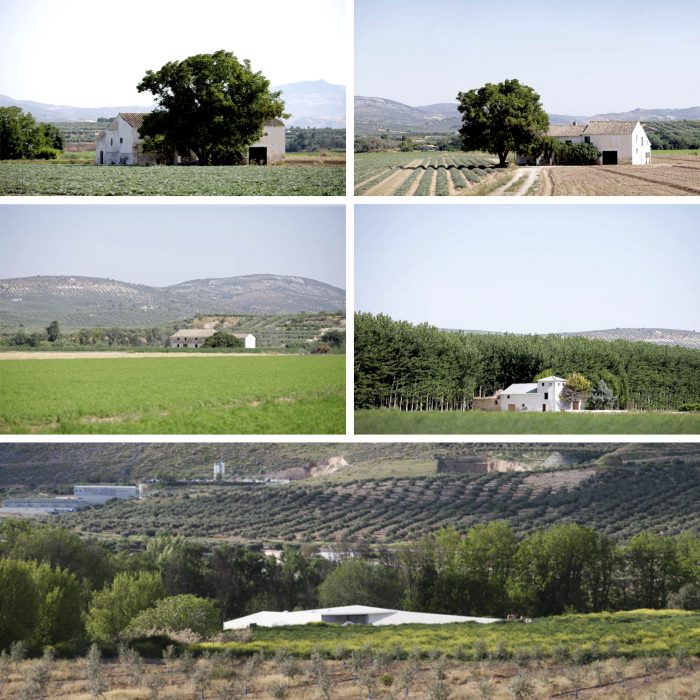 TREES AND HOUSES AT THE PLACE 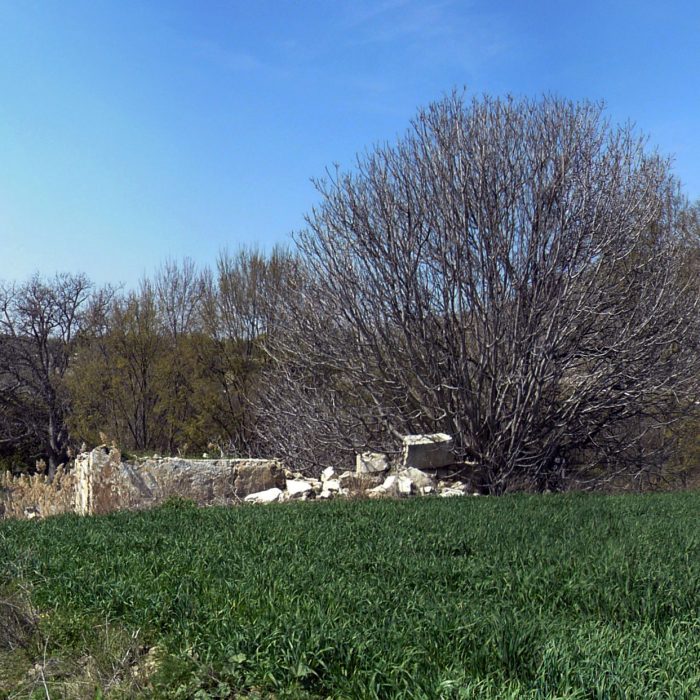 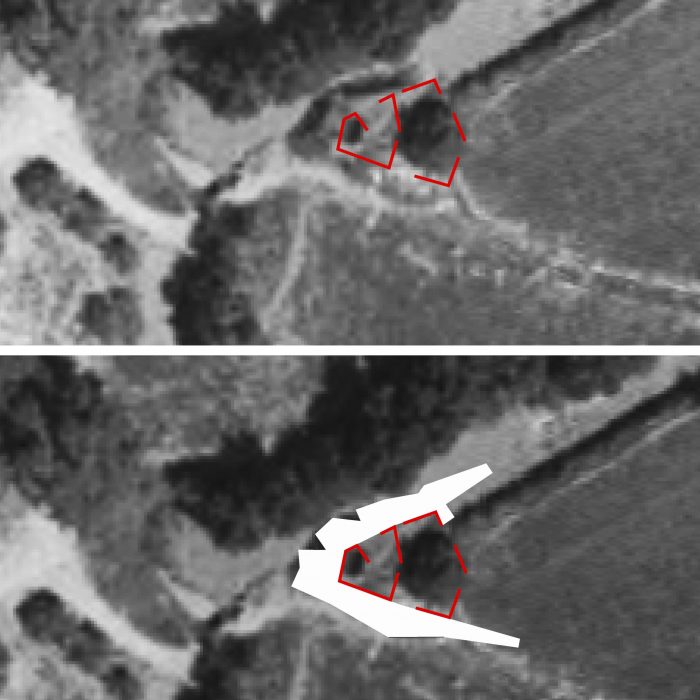 FROM THE RUIN TO THE BUILDING 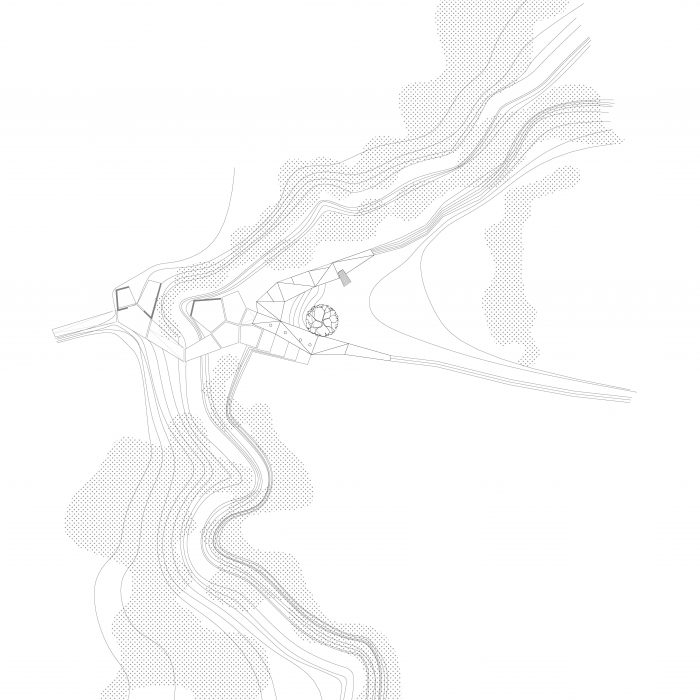 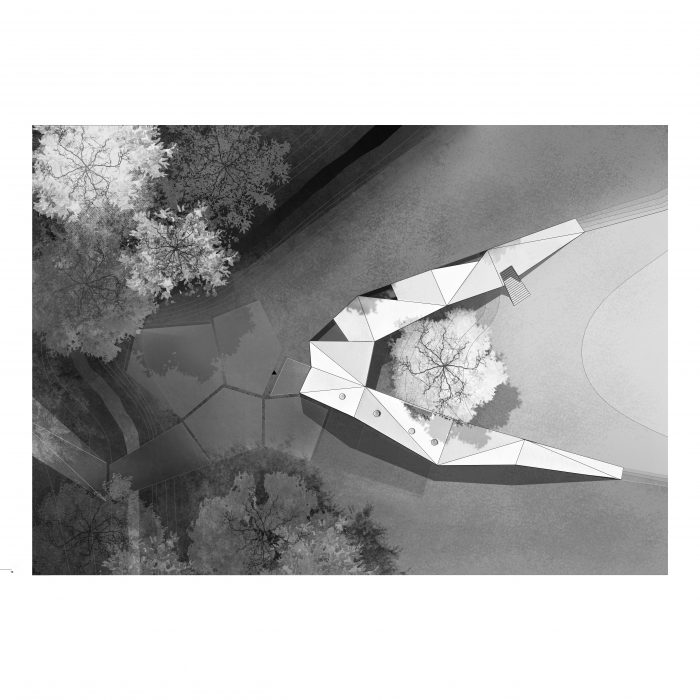 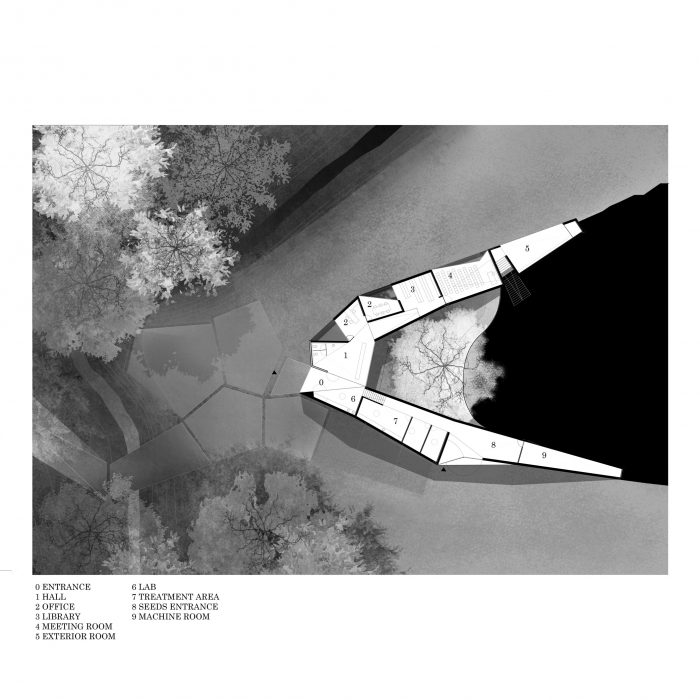 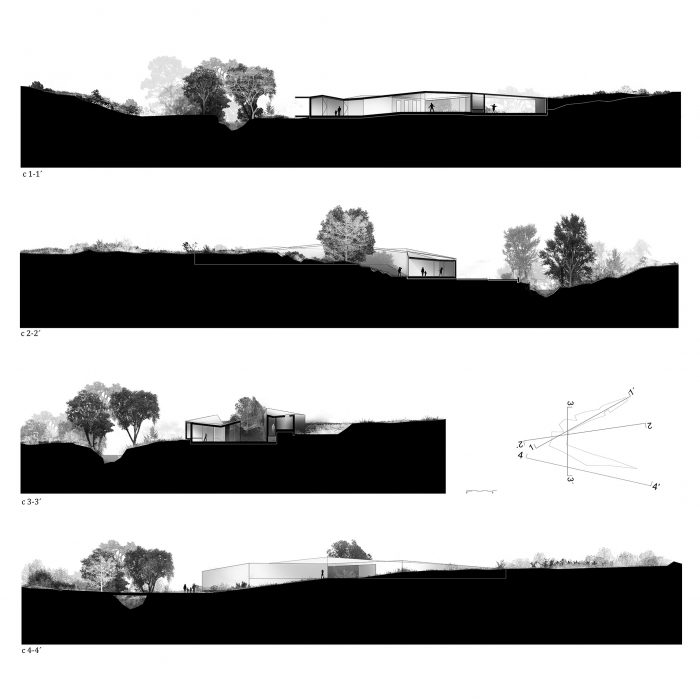 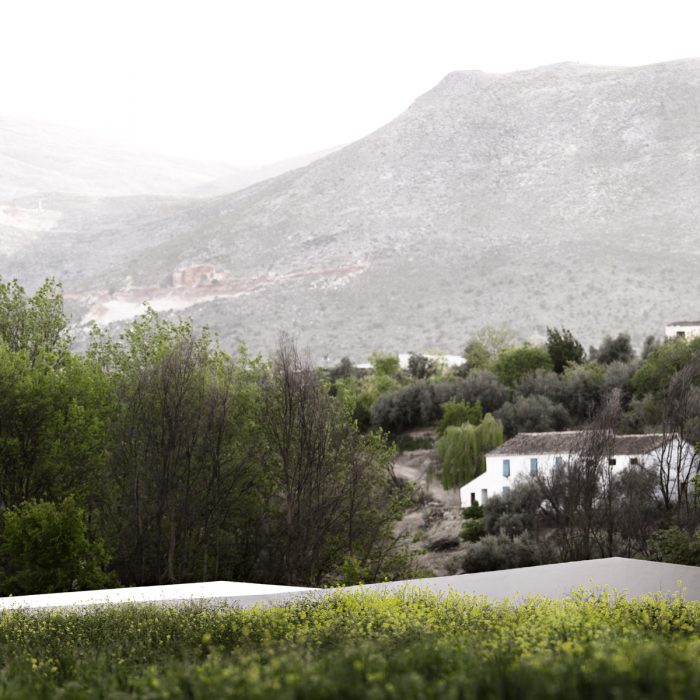 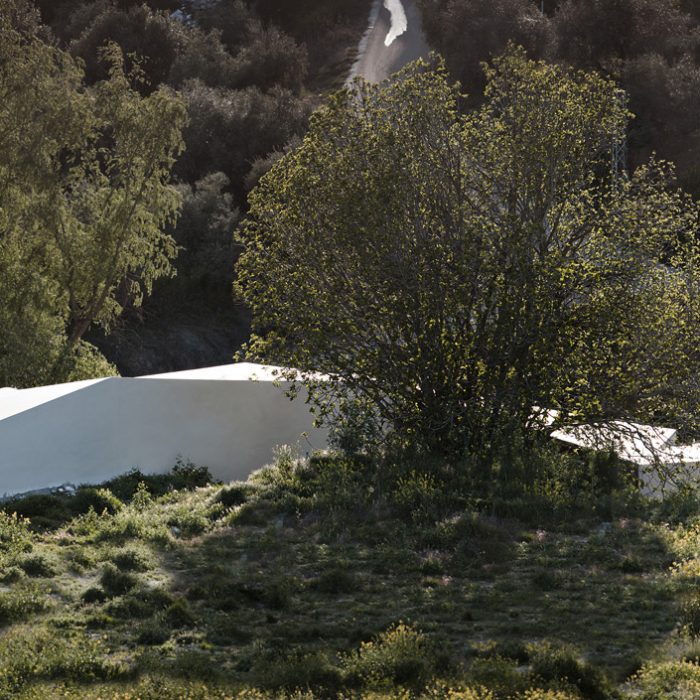 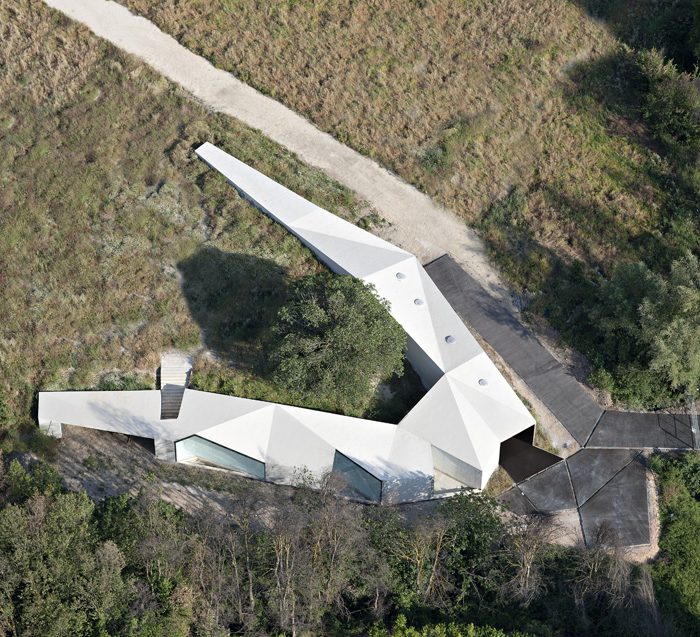 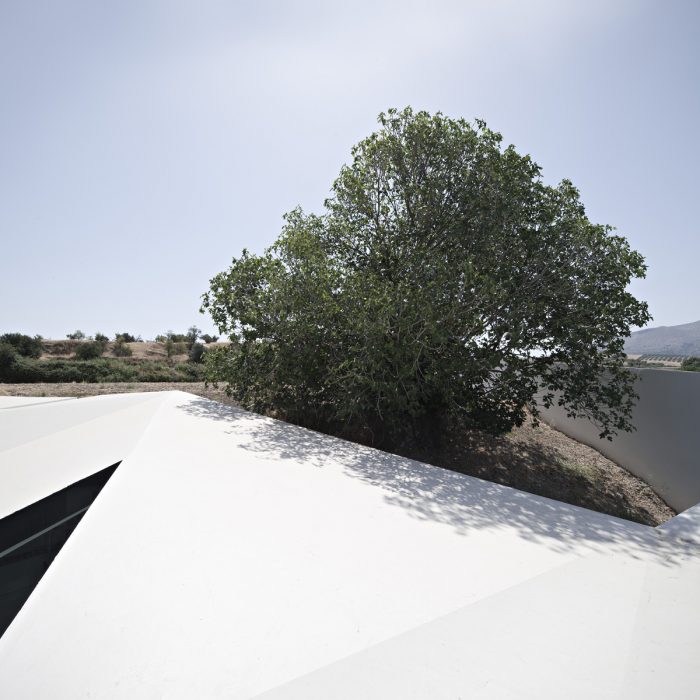 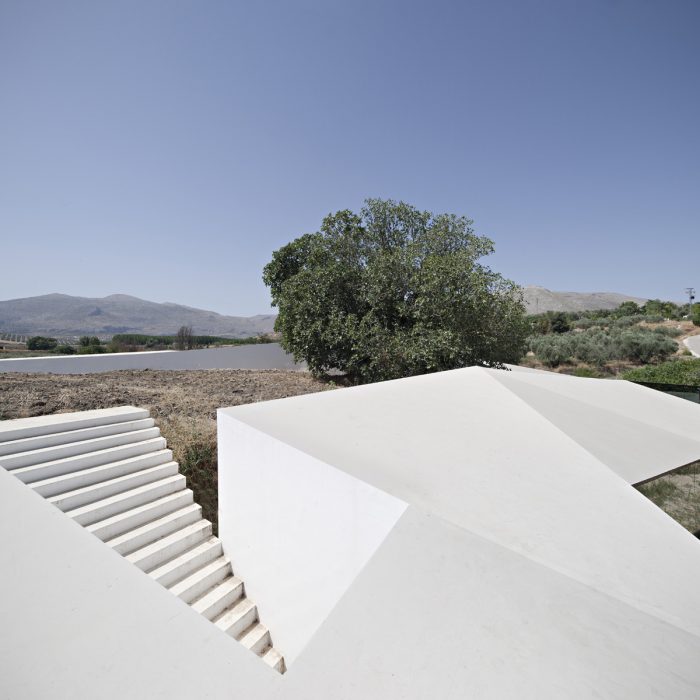 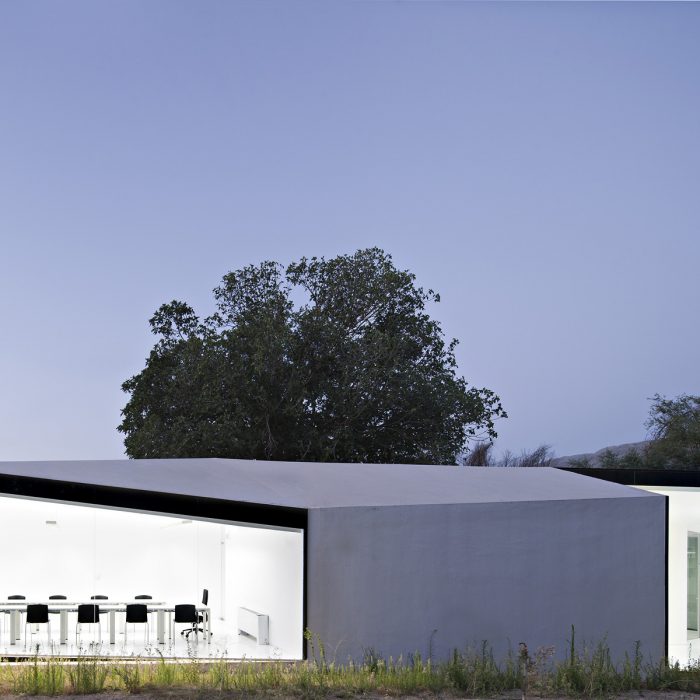 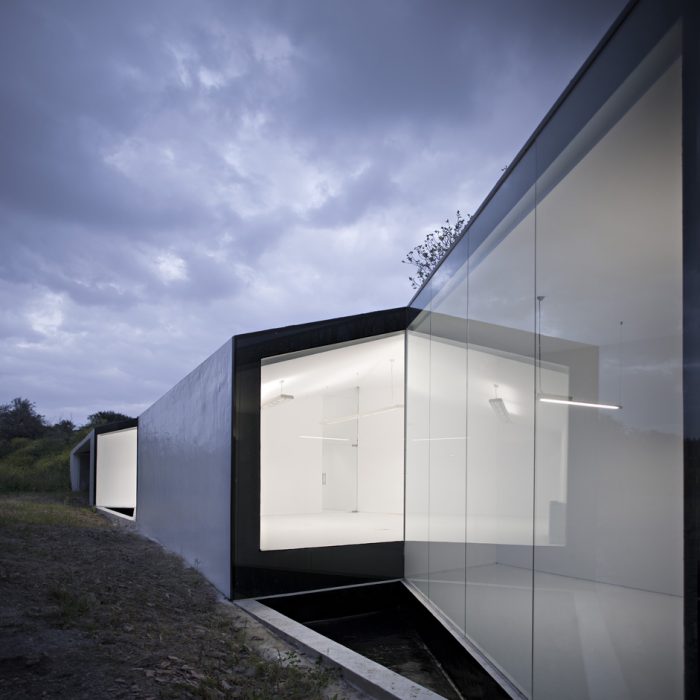 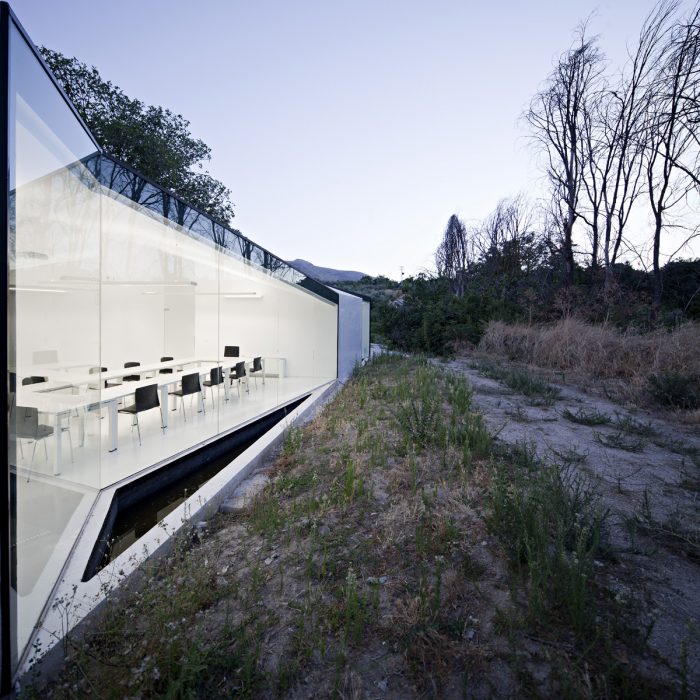 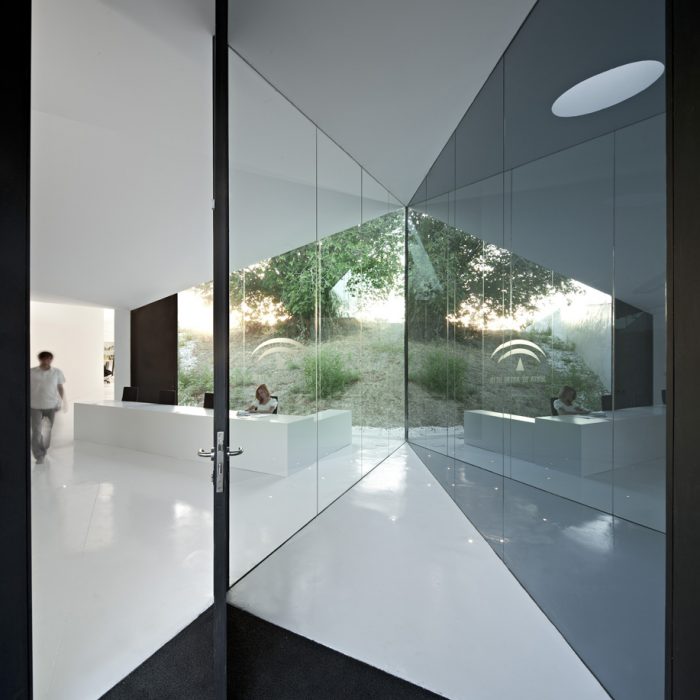 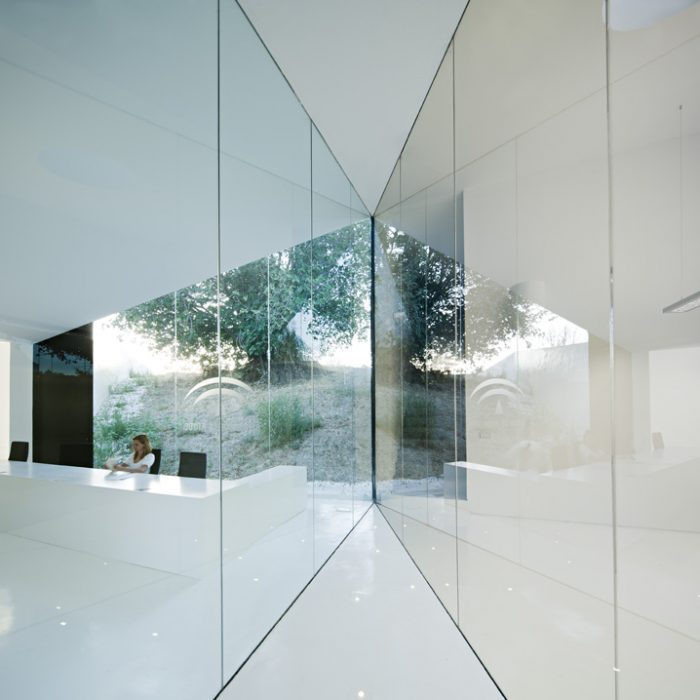 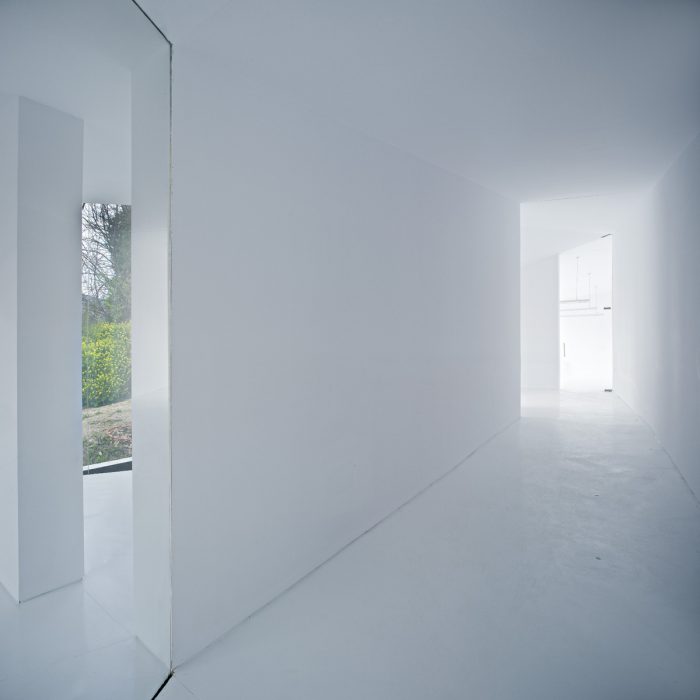 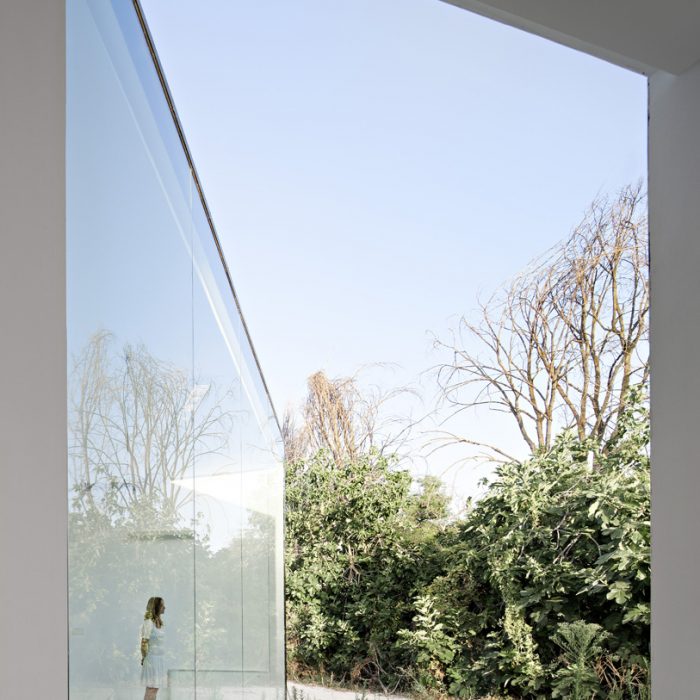 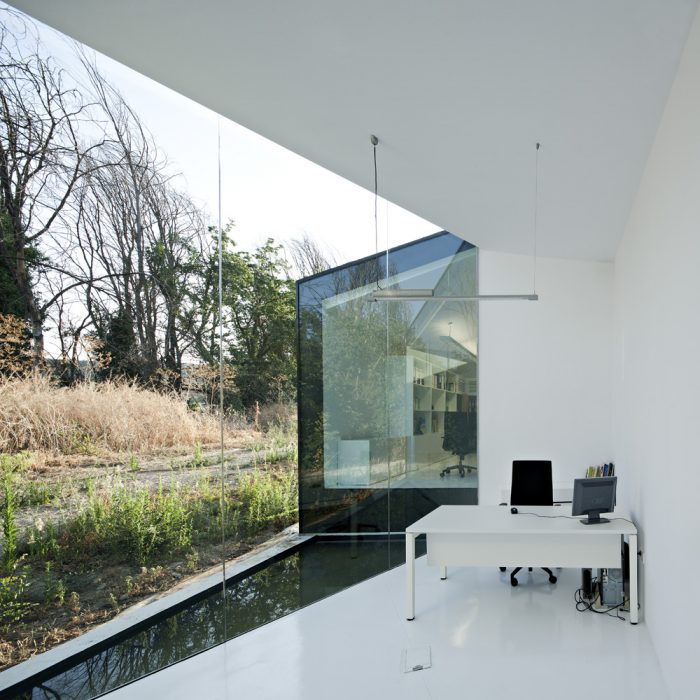 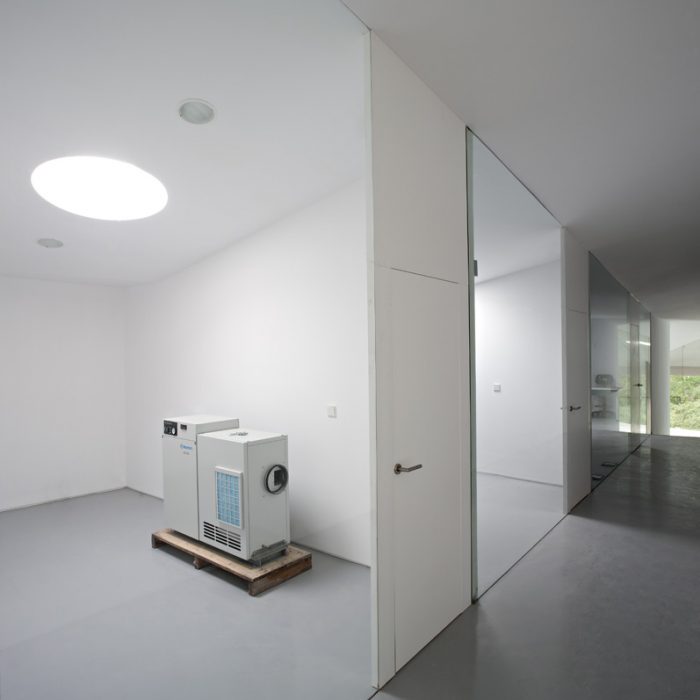 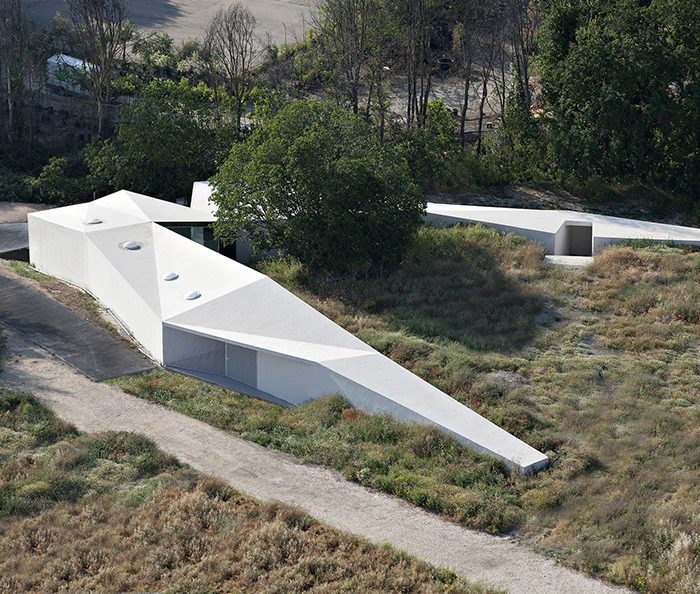