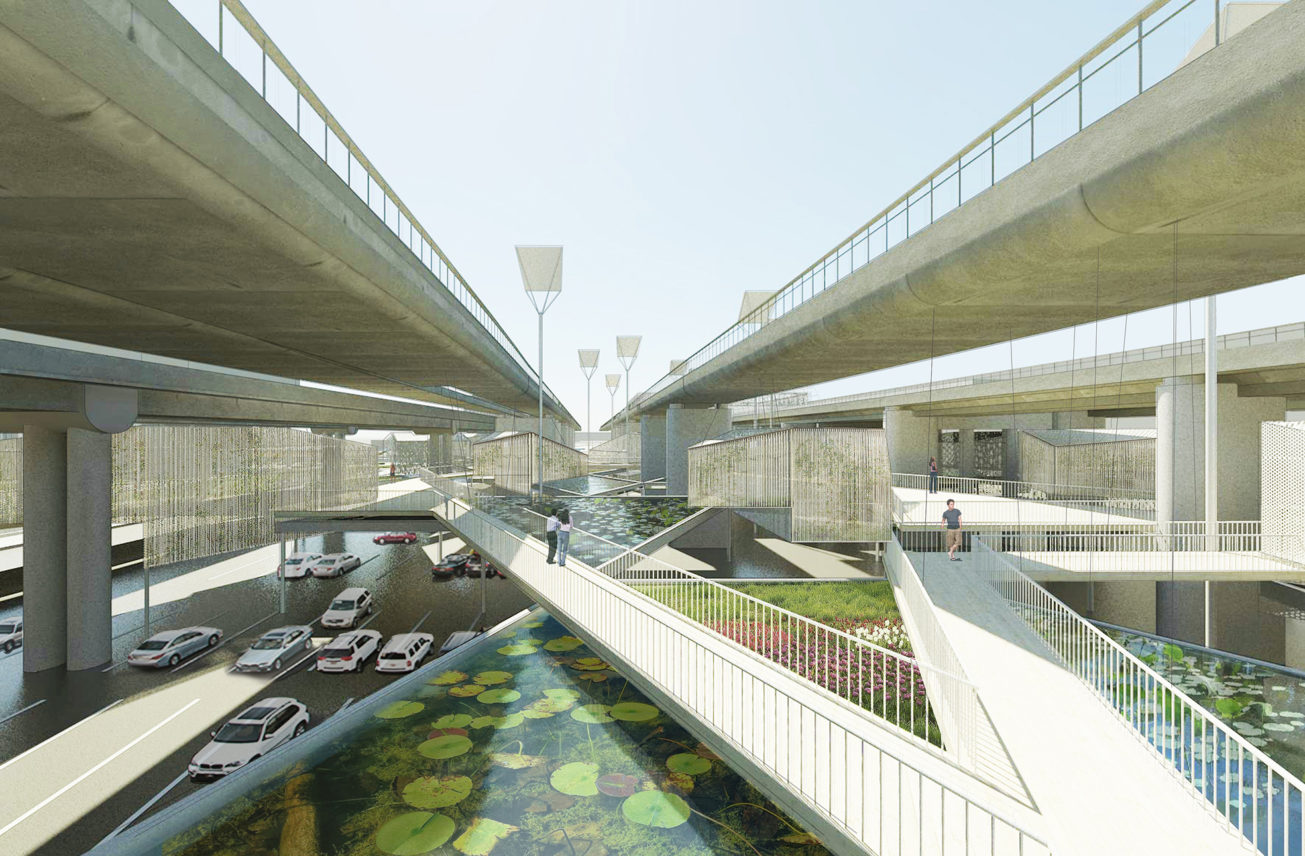 A man made structure which natural elements that transforms a privately owned area into a lively public space.

A re-examination of infrastructural spaces involves the recognition that all types of spaces are valuable, not just the privileged spaces of more traditional parks and squares, and they must therefore be inhabitable in a meaningful way. This requires the rethinking of the monofunctional realm of infrastructure and its rescue from the limbo of urban devastation to recognize its role as part of the formal inhabited city. Elisabeth Mossop
Rooted landscape proposes the use of unused spaces in the existing and future urban infrastructures in order to give them content and activate them culturally and socially.
The project deals with and contributes to the topic of residual infrastructural spaces as an opportunity for life and enjoyment of the city for the sake of a higher urban productivity. The empty space constitutes an input for the development of new complementary uses for public activity, arising from the continuity with the existing urban environment and not from conflict.
In the 20th century, Aldo Van Eyck’s playgrounds transformed the empty spaces between buildings in Amsterdam into full-of-life places. In the 21st century, the new empty spaces to conquer emerge from urban infrastructures and create a galaxy of voids in the city: new opportunities for life. Through a detailed and precious treatment of the spaces between the Piarcoplein infrastructures, our project aims to offer a new perception of habitability for this non-place. Architecture and public space fuse together to create a new rooted landscape over the existing one. 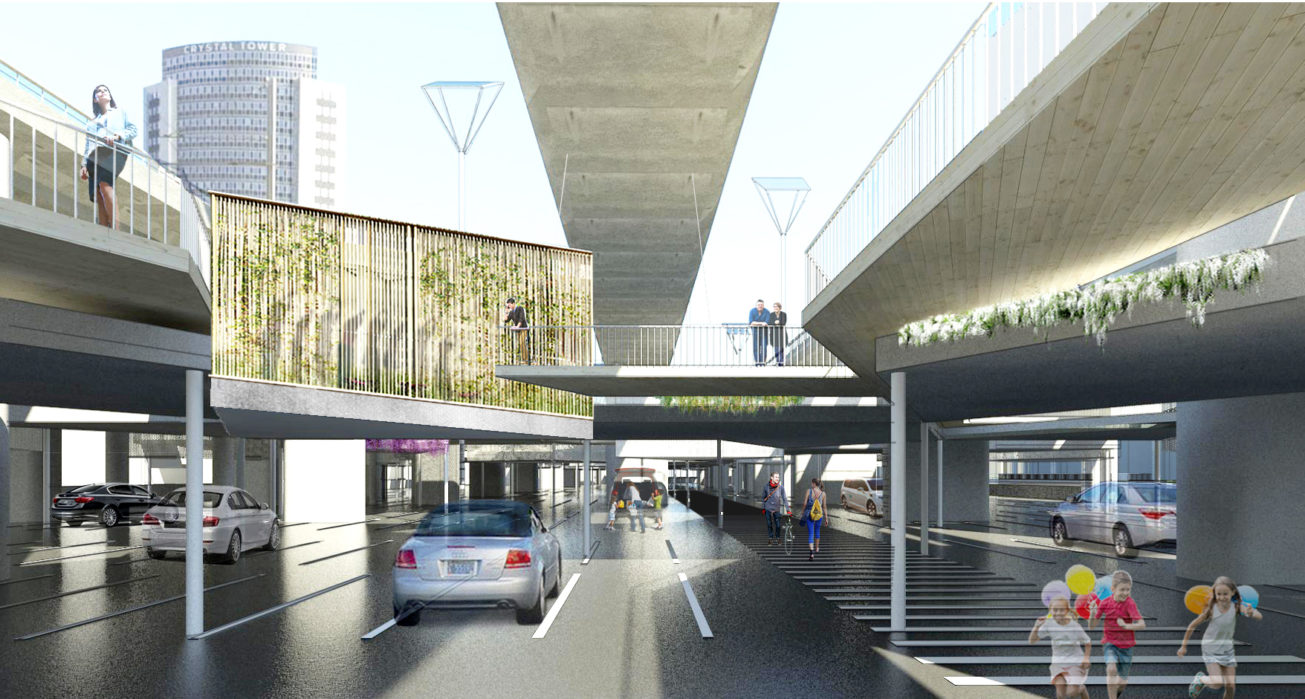 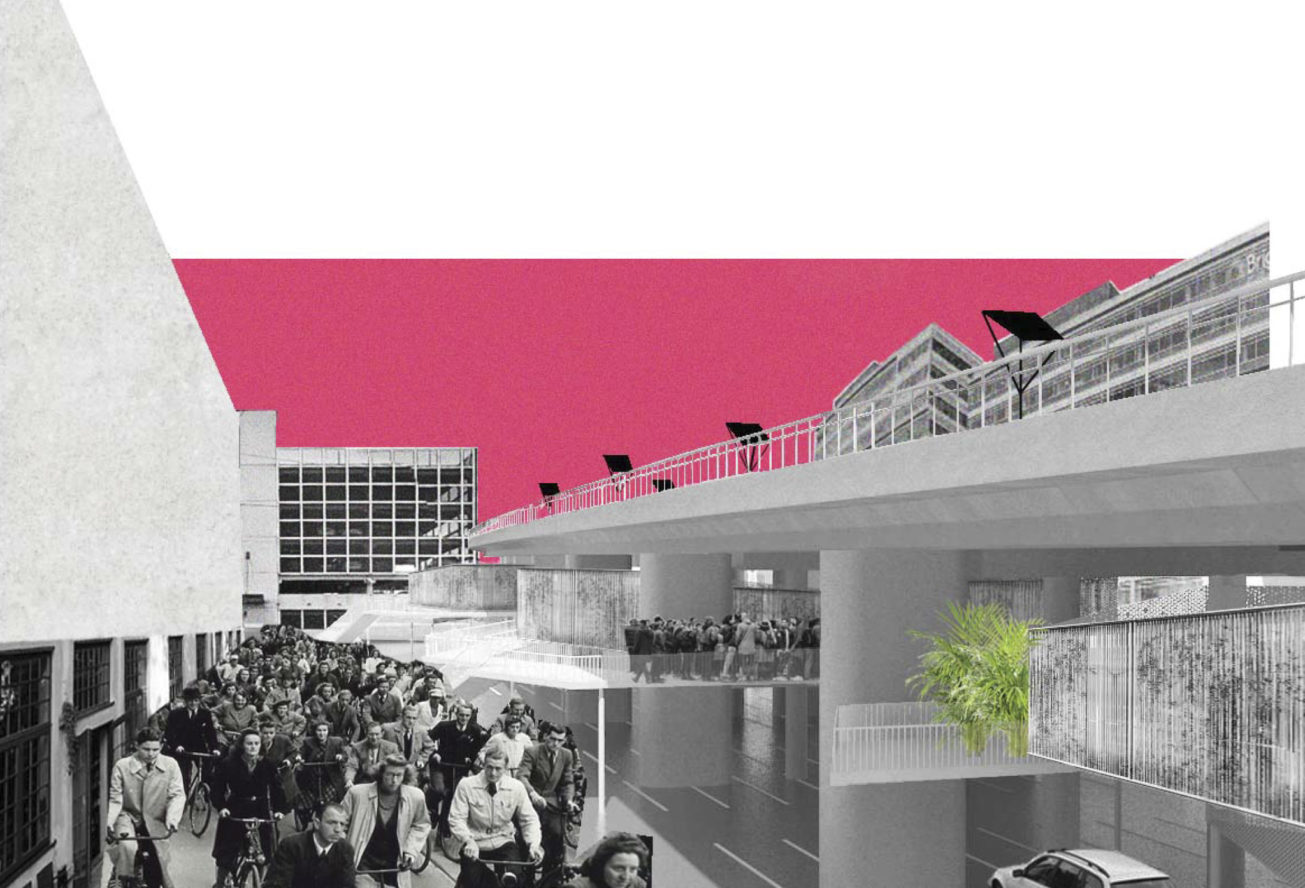 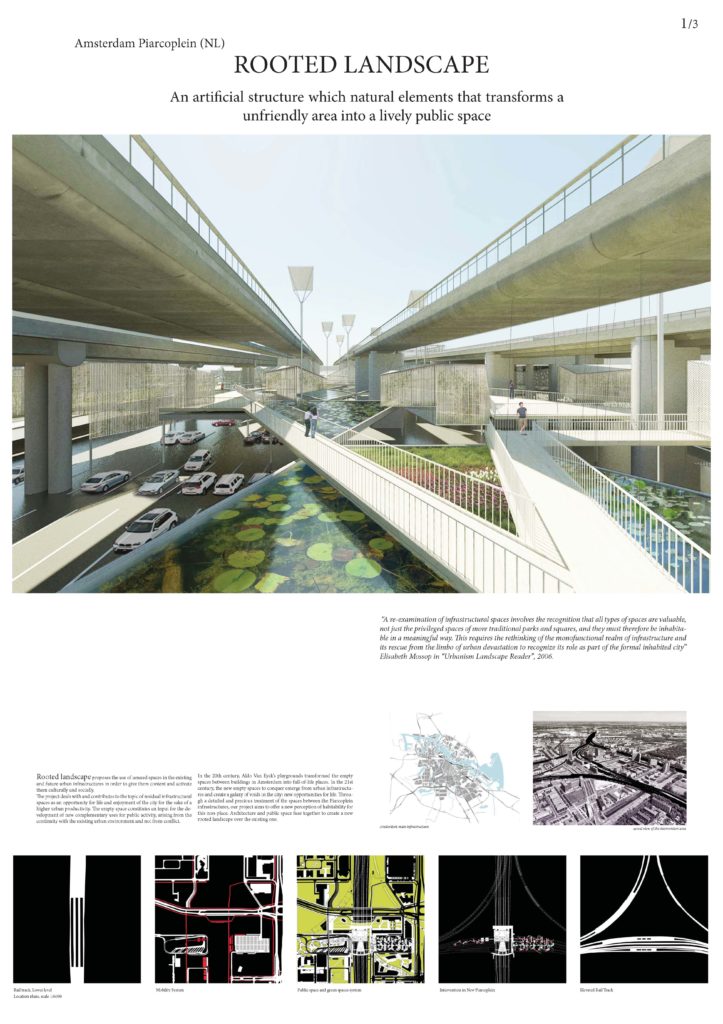 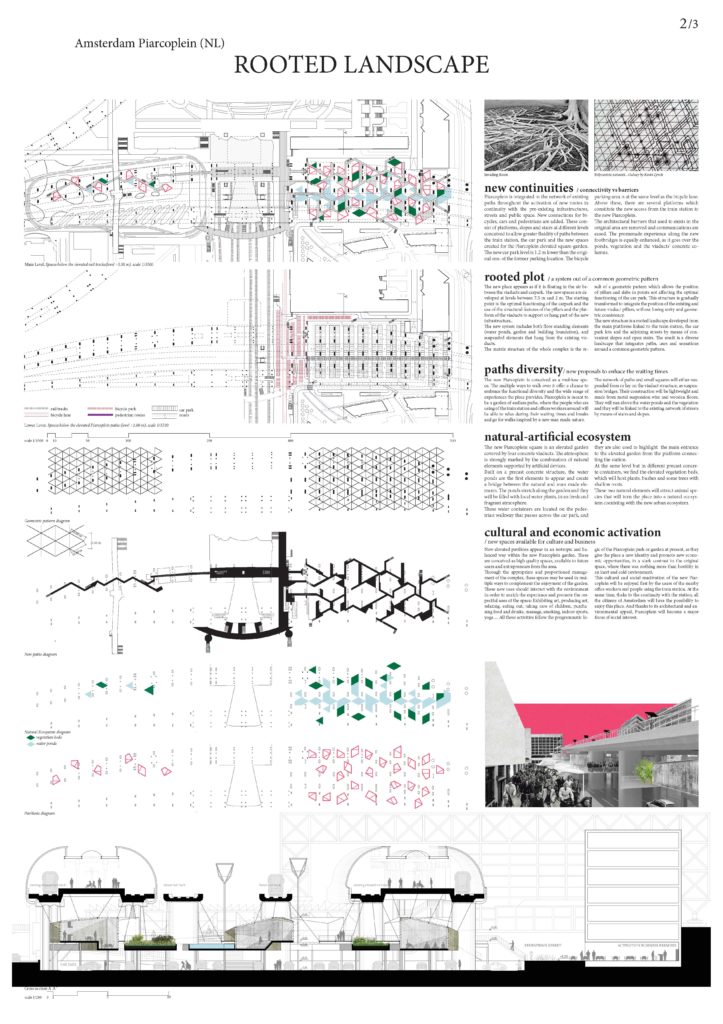 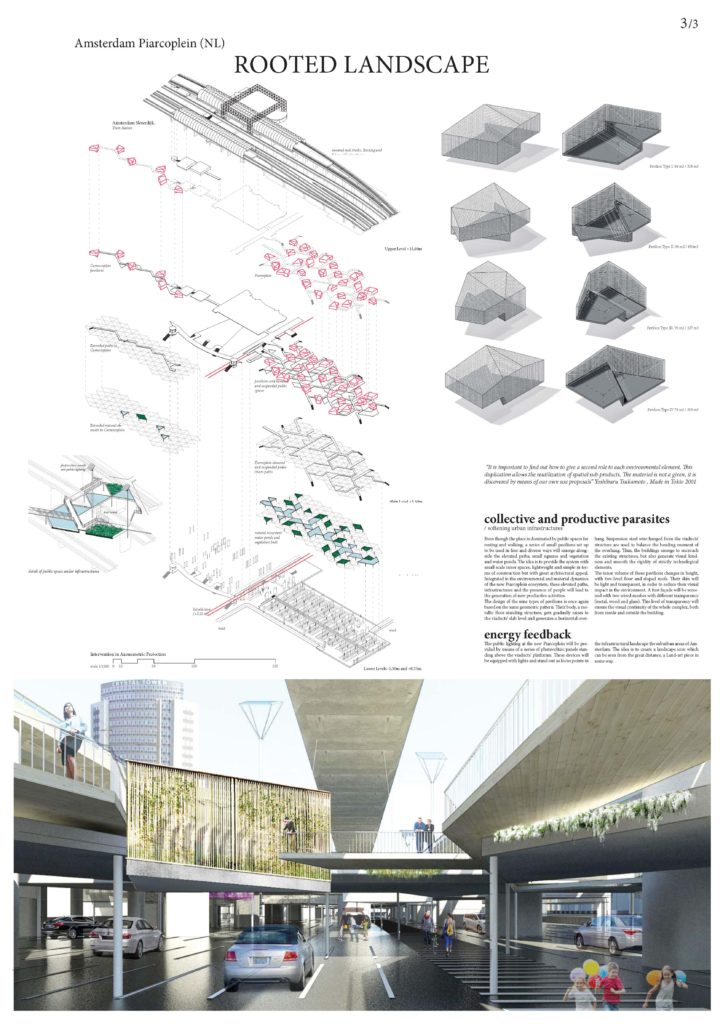